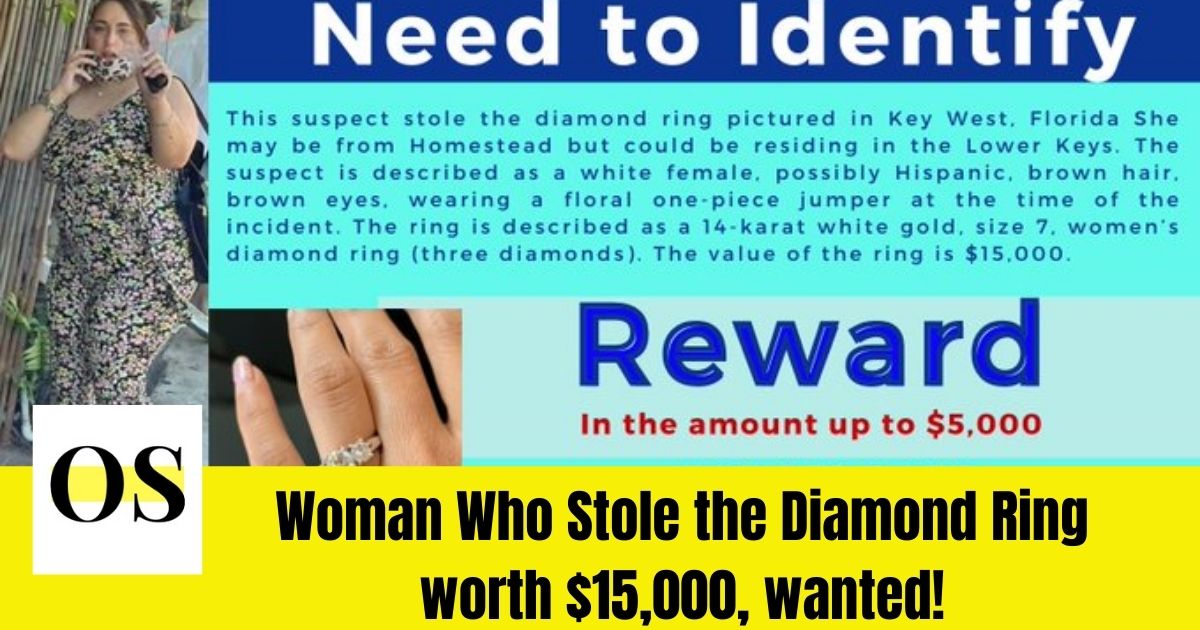 KEY WEST, FLORIDA- Detectives are trying to find out the woman who stole an expensive diamond ring in Key West. Authorities informed that the ring cost about $15,000.

‘’Woman might be from Homestead but could be living in the Lower Keys,’’ authorities said.

According to authorities, she was a white lady, possibly Hispanic, with brown hair and eyes.

She was wearing a one-piece jumper suit at the time of the incident, detectives said.

The ring is described as a 17-Karat white gold, size 7, with three diamonds on it.

The Police offered a reward of $5,000 for information that leads to an arrest of the lady.

The Police released a photo of the suspect. Anyone with information is asked to call crime stoppers.