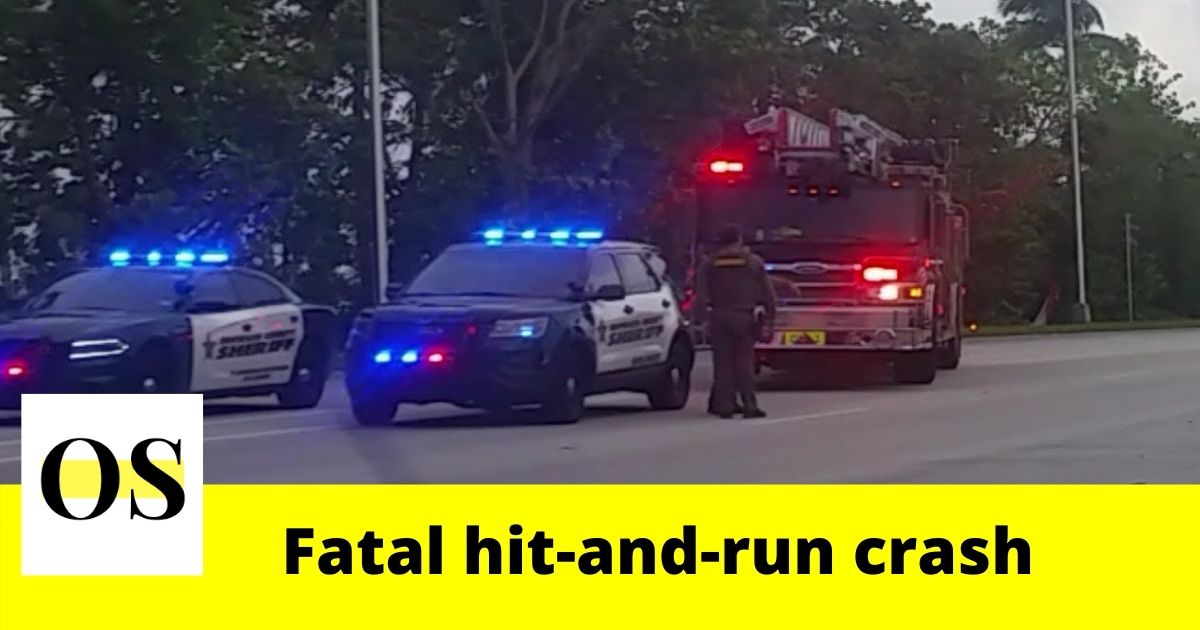 NORTH LAUDERDALE, FLORIDA: According to the Broward Sheriff’s Office, a woman was killed in a hit-and-run crash in  North Lauderdale.

The reports say the crash happened on Tuesday night in the 1400 block of South State Road 7.

The pedestrian was crossing U.S. 441 when a car struck the pedestrian. The driver then fled the scene. Then the woman was hit by a second car. Reports say the driver of the second car stayed at the scene.

Authorities arrived at the scene and found the woman dead.

Investigators were collecting evidence at the scene so the northbound lanes of State Road 7 were closed for hours.

The crash is under investigation. Anyone who has information about the case is urged to contact Broward Crime Stoppers at 954-493-8477.