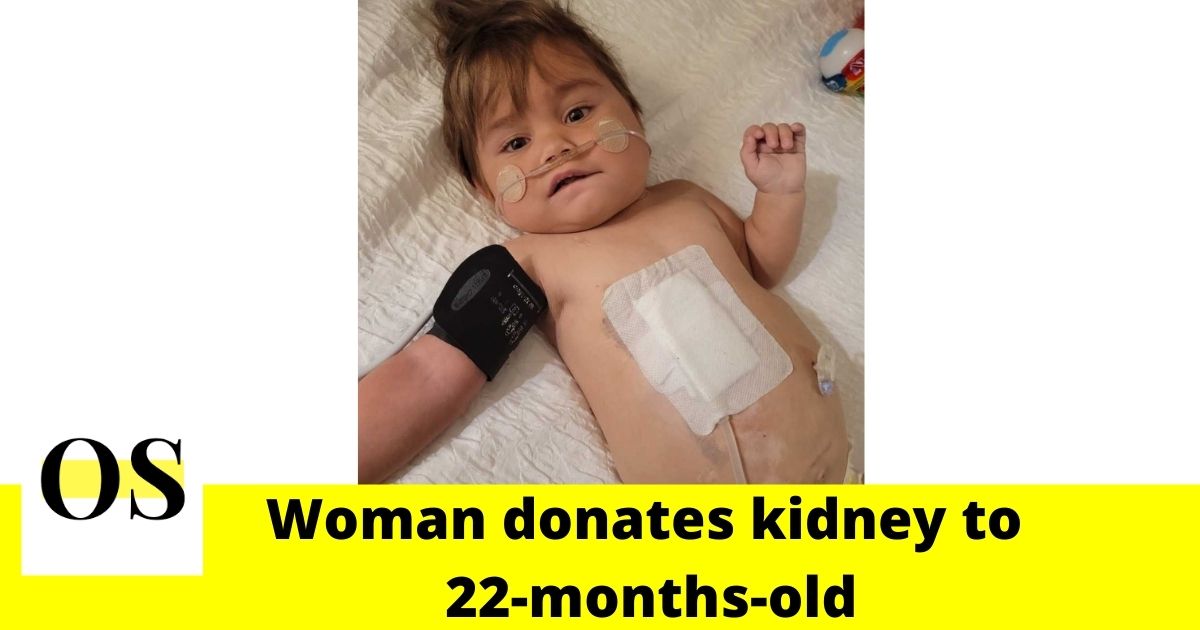 Desiree Teubert, the mother of Ryder Geisler said, “[Ryder Geisler]He has zero kidney function. He’s been on dialysis since he was born. Doctors gave him less than 1% to make it so he is just a true miracle. He was on life support the first three weeks of his life and spent the first six months of his life at the hospital. He just continues to fight.”

Ryder, a 22 months old baby, has to take dialysis for about twelve hours a day. He is unable to walk, eat or talk. “It’s an emotional roller coaster and traumatizing at the same time, but we’re so proud of him and hope he continues to fight,” said Teubert.

Kimbrough said, “It was a lot of making sure I was healthy in every way and didn’t have something I could pass on to him.” She went through a lot of tests after filling an online application form. “I feel grateful that I can give this to him … help him have a normal life,” Kimbrough added.

Teubert expresses her deep thank to the donor.

“There is no way to repay her. There is no words that I can describe to give my child a second chance at life. I’m speechless. I really am,” said Teubert.

Dr. Vanessa Humphreville said, “I did a kidney transplant on a 2-year-old. He couldn’t walk. He couldn’t talk. About four months after this I am walking through the hospital and this little kid comes running up to me. Sorry, I still get a little choked up about it, but he came running up to me and it was just night and day. He was talking. He could walk. It was just night and day. Kidney transplants made such a difference for these patients.”