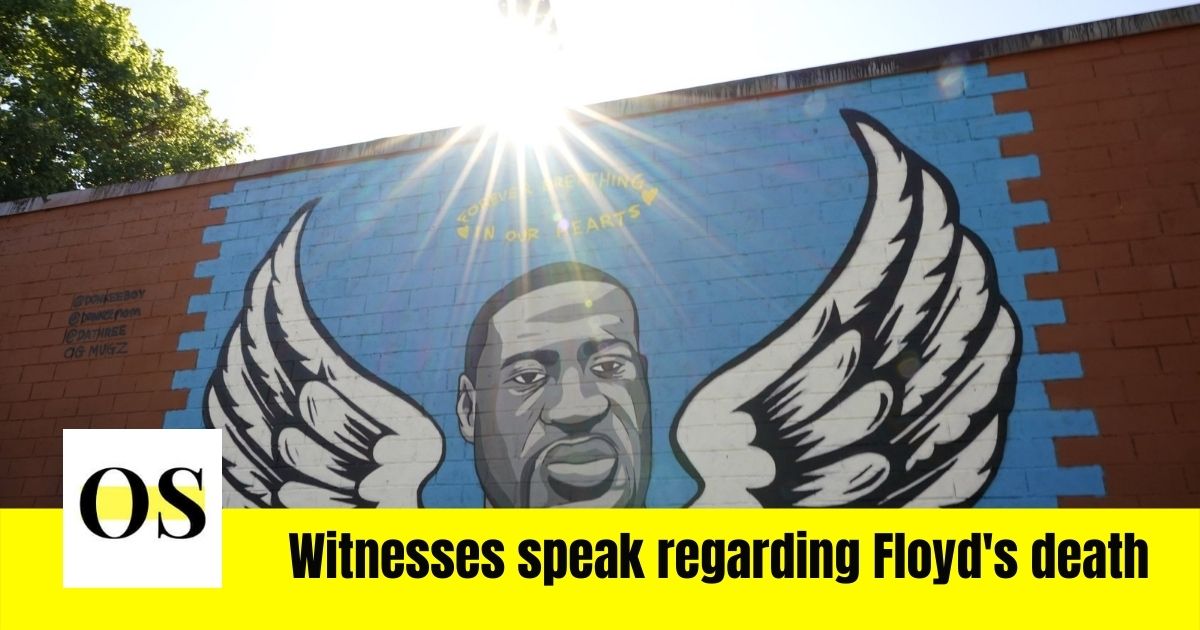 The trial of former Minneapolis police officer Derek Chauvin is entering its third day. Chauvin faces murder and manslaughter charges for killing George Floyd last May by kneeling on his neck for nine minutes and 29 seconds. On Tuesday, jurors heard chilling testimony from eyewitnesses, including Darnella Frazier, who was just 17 years old when she used her cellphone to film the killing of George Floyd. Her image was not broadcast on the court television feed because she was a minor at the time of his death.

Eighteen-year-old Darnella Frazier, testifying at the trial of Derek Chauvin, who she says should have saved George Floyd’s life. The mixed martial artist Donald Williams, who also witnessed Floyd’s death, told prosecutor Matthew Frank he called 911 after seeing Chauvin put Floyd in what Williams had earlier called a “blood choke.”

Donald Williams: “That is correct. I did call the police on the police.”

Matthew Frank: “All right. And why did you do that?”

Donald Williams: “Because I believe I witnessed a murder.”

Matthew Frank: “And so you felt the need to call the police?”

Donald Williams: “Yeah, I felt the need to call the police on the police.”

Lawyers for officer Derek Chauvin attempted to counter the moving accounts by portraying the eyewitnesses to George Floyd’s death as being part of an angry mob, but another one of the eyewitnesses was an off-duty firefighter and EMT. Genevieve Hansen told prosecutor Matthew Frank that she urged the police officers to check George Floyd’s pulse as he lay motionless on the ground.

Genevieve Hansen: “I also offered — in my memory, I offered to kind of walk them through it, or told them, ‘If he doesn’t have a pulse, you need to start compressions.’ And that wasn’t done, either.”

Matthew Frank: “Is this — are these things that you wanted to do?”

Genevieve Hansen: “It would have — it’s what I would have done for anybody.”

Matthew Frank: “When you couldn’t do that, how did that make you feel?”

Matthew Frank: “Were you frustrated?”

Minneapolis firefighter and EMT Genevieve Hansen broke down in tears as she recalled seeing George Floyd die and being prevented from helping him.