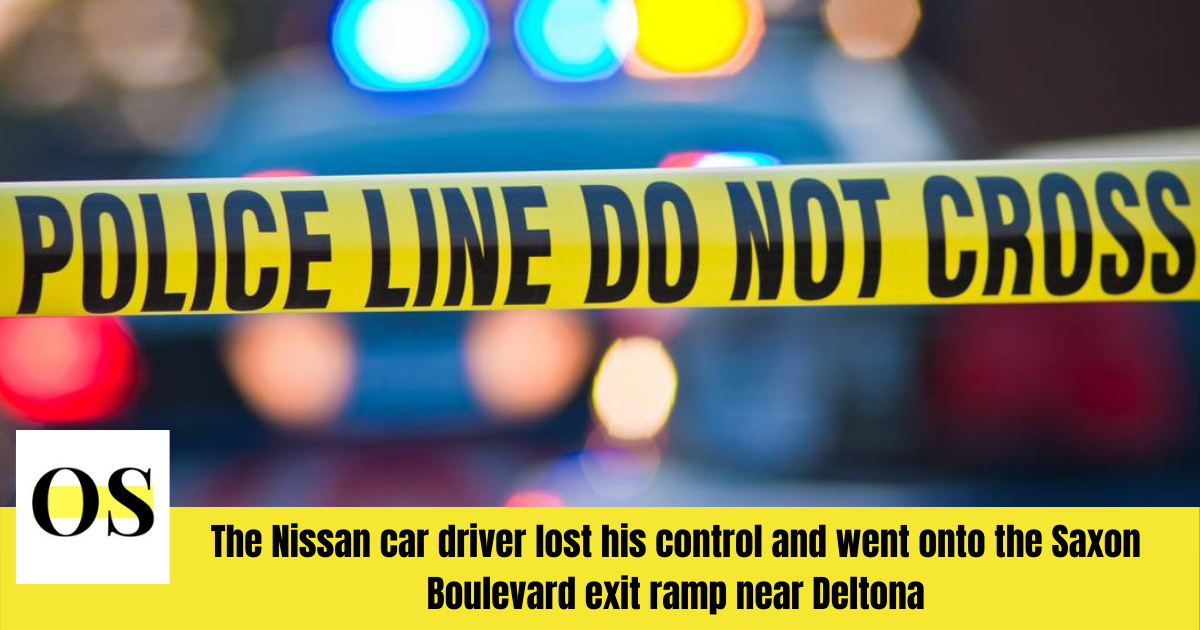 VOLUSIA COUNTY, Fla. – According to the Florida Highway Patrol, a Volusia man died after losing control of his car in an apparent street race on Interstate 4.

The 47-year-old Deland man was driving westbound on I-4 on Sunday evening, according to the Florida Highway Patrol. Witnesses informed troopers that the Nissan appeared to be racing a Mustang and another vehicle.

The Nissan driver lost control and went onto the Saxon Boulevard exit ramp near Deltona, overturning several times, according to troopers.

According to the FHP, debris from the crash struck another car.

Read more: After a fight breaks out in downtown Orlando, one man was shot.