Tyler Maxwell, 18, who is going to cast his first vote for president, is suing his school after he said he was wrongly punished for a display showing support for President Donald Trump. Records show Tyler and his father used a front-end loader to put a massive elephant figurine with “Trump” branding into the bed of his Ford pickup truck. 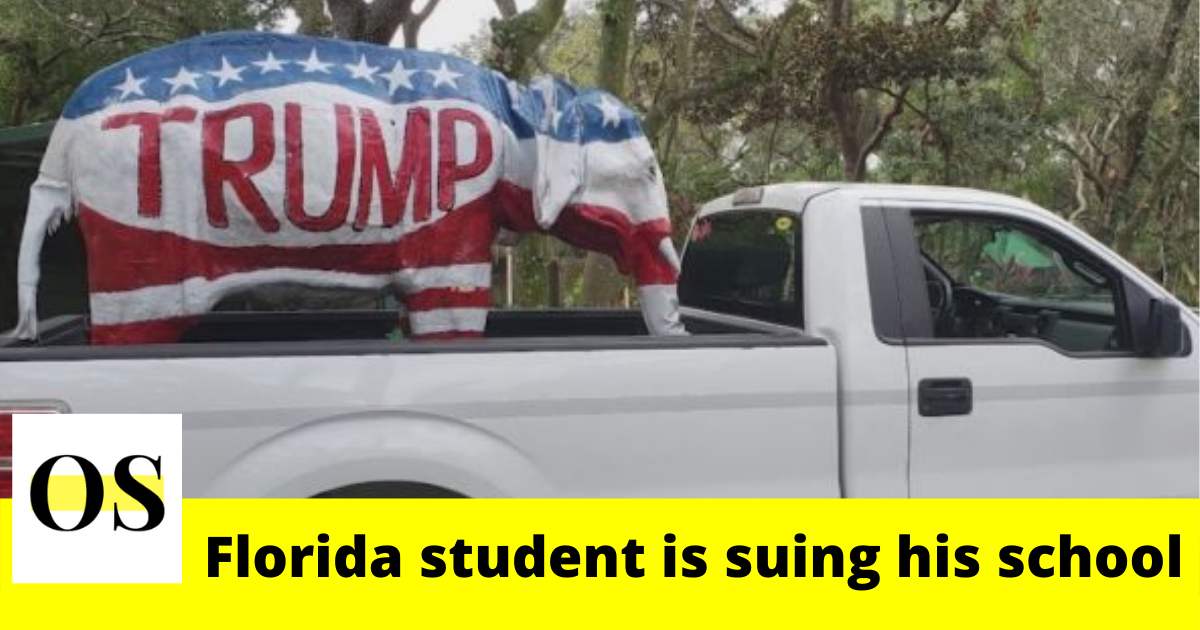 “I’ve been pretty excited for the last four years to be able to vote,” Tyler said. According to the reports, Tyler’s grandfather bought the elephant from an old car dealership and passed it on to his grandson before the 2016 election.

On Monday, September 14, Tyler drove to school with the decorated elephant in the back of his truck and parked it in the student parking lot. But Tyler was told to take it off-campus. Records show Tyler drove to school that Tuesday with the elephant. Tyler said, “Tuesday morning, my parking pass was taken away”. Then his family involved their attorney.

“It’s a freedom of speech case. The question is should a student have to give up his free speech right when he drives onto school property.  The answer to that is no and the school just needs to realize that,” said Tyler’s attorney, Jacob Heubert, who works for the Goldwater Institute.

“The school board has obligation to provide politically neutral campuses…We allow political expression by students in the form of a T-shirt or a bumpersticker. But large signage is a different situation. A passerby could interpret a large sign in a school parking lot to be an endorsement by the school district…We don’t allow our parking lots to be used for political statements.”

Tyler’s attorney filed a lawsuit against Volusia County Schools in Federal Court, accusing the district of violating the 18-year old’s freedom of speech.“I feel it is a violation of my 1st amendment rights,” Tyler said.