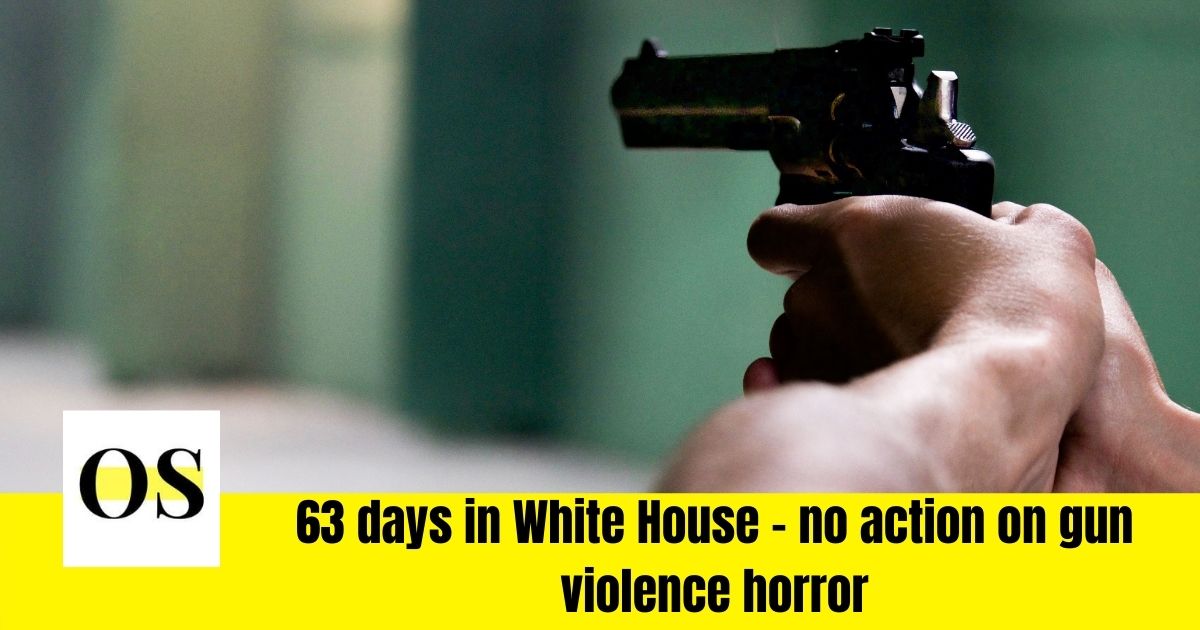 Violence in the country – 63 days now of President Biden in the White House but unfortunately, he has not issued any unilateral gun control actions even though he pledged to do so on his first day in the office. On Tuesday, President Joe Biden said that he does not want to “wait another minute” to battle against the country’s horrific gun violence epidemic.

Gun control advocates are once again pressing President Biden to establish a plan to address the gun violence in the wake of two high-profile mass shootings six days apart. They are definitely frustrated by the Biden administration’s slow pace and are increasingly asking why the White House is not taking any actions outside of Congress.

“What is it gonna take? We know that firearm purchases are on the rise; we know that domestic violence is on the rise; we know all these horrible statistics, this is a boiling point,” said Alexis Confer, executive director of March for Our Lives. “And then you have several mass shootings in a couple of weeks. It’s like, what are we waiting for?”

Even though legilators and advocates have suggested a bunch of ways to combat the situation, the Biden administration has not detailed any actions he might take on the gun policy which only increases fury and frustration amongst the people. Instead, it has put the onus on the Senate to pick up bills passed by the House that expand background checks.

However, Presiden Biden has called on lawmakers to ban assault weapons and high-capacity magazines. He reiterated those positions as he spoke at the White House following the killing of ten, including a police officer, in Boulder, Colorado on Monday.

“I’m going to use all the resources at my disposal to keep the American people safe,” President Biden said. “I do not need to wait another minute let alone an hour to take common-sense steps that will save lives in the future and urge my colleagues in the House and Senate to act.”

A senior administration official said President Biden has spoken to lawmakers but declined to say which, if any, Republicans he’s spoken to on gun legislation.

“I think you will hear him again and again over the weeks and months ahead reiterate his support for legislation universal background checks, closing the Charleston loophole and banning assault weapons and high capacity magazines,” the official said.

Peter Ambler, executive director of Giffords, implored Presiden Joe Biden and Vice President Kamala Harris to find a way to bring the Toomeys of the world on board for a legislative push.

“[Biden’s] called by history, by the problem of gun violence writ large, to work actively to work actively with Republicans and Democrats in the Senate to move this along,” Ambler said. “At the end of the day, if not this, then what?”

However, for other advocates, who also represent survivors of mass shootings and are focused on gun violence impacting communities of color, a plan that involves waiting on Capitol Hill to act is doomed for either failure or ineffectualness.

“People that look like me are being targeted and it was a good opportunity for him to connect the ease of acquiring firearms and the need for gun reform after that tragedy — he needs to lead,” said Po Murray, who is Asian American and executive director of Newtown Action Alliance, a group formed after the 2012 Sandy Hook Elementary shooting in Connecticut.

“I am confident they are working on this in good faith, they’re being diligent and they have good reasons for wanting to work through the issue at the pace they are doing,” said a person who supports changes and has met with the White House. “But yes, I am frustrated that we haven’t had action yet, especially when the administration is taking action on so many issues that intersect with gun violence.”

The senior administration official confirmed that the Biden administration plans to finish up some initial executive actions that could be in the form of executive orders, presidential memorandum, rules, or agency guidance in the next few weeks. However, the White House has not decided how to announce the actions or even if there will be a single announcement.

“I don’t think there has been a delay,” the official said. “The administration has been working hard from Day One to pursue actions to reduce gun violence. No one understands the urgency more than the president and is looking forward to rolling out some of the initial actions we can take.”

Grassroots groups asked the administration to allocate some $5 billion in community-based gun violence prevention programs. Biden promised to dedicate roughly $900 million to such initiatives during the campaign but what number the White House will ultimately arrive at is unknown. Beyond that, Biden’s ultimate plan and other potential executive actions have not been shared with most grassroots organizers.

Murray said that “We’re in a holding pattern,”, adding that “it is time for Joe Biden to bring the families and survivors to the table.”

Gun prevention advocates were quick to point out that there have been eight, not two, mass shootings in the past eight days, citing a shooting in Chicago on March 14 that left 15 shot and two dead and five others in states from Texas to California.

“Someone who loses their life in Chicago is just as valuable as someone who loses their life in Boulder, Colorado, and the pain and the trauma is no different,” said Greg Jackson, who leads national advocacy for the social justice group, Community Justice Action Fund. “This is not just an inner-city problem, this is not just a mass shooting problem, but this crisis is touching folks in so many unique ways across the country.”

As Biden looks to Congress, quick action is far from certain. Last week, the president opened the door to incremental filibuster reform but he has not said whether he would support carve-outs for specific pieces of legislation like expanding background checks. And for some Democrats, the recent spate of shootings is caused to revisit that reluctance to embrace more far-reaching reform.

“When you have a Senate that can put 55 or 56 votes on the board and still not pass a bill there’s something wrong,” said Rep. Mike Thompson (D-Calif.), chair of the Gun Violence Prevention Task Force. “I’ve long been of the opinion that if the majority of our elected officials favor something we should be able to pass that. You can certainly justify different levels of support required for passing bills but I just think it’s dangerous to put that rule across the board.”

Off of Capitol Hill, activists are gearing up to put more pressure on lawmakers. Shannon Watts, the founder of the grassroots group Moms Demand Action, said the White House must start directing its agencies to act. “There is not a corner of the Biden administration or the Justice Department that could not be doing something right this moment to address gun violence,” Watts said.

And Igor Volsky, executive director of the advocacy group Guns Down America, said that barring action from the White House soon, gun violence survivors “are going to enter a more activist phase.”

“I hear from survivors of gun violence every single day,” he said. “They are frustrated that this administration, which ran on tightening gun laws, has yet to announce their plan for doing that.”