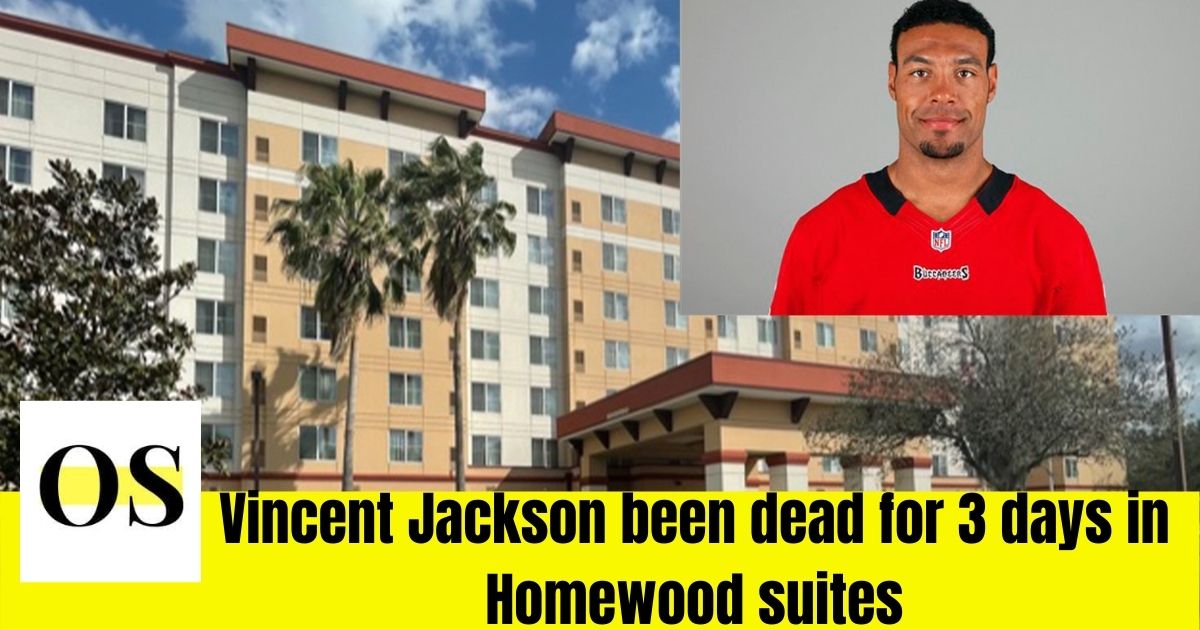 TAMPA, FLORIDA- According to a preliminary medical examiner’s report, the former Tampa Bay’s Buccaneers wide receiver was found dead in his hotel room earlier this week. The reports declare Jackson to have been dead for 3 days before the staff members of the hotel went into his room and found out.

Vincent Jackson was found dead at the Homewood suites on Palm river road in Brandon on Feb. 15. The staff members apparently had assumed for him to be sleeping on the couch when they went in on Feb. 13 and Feb. 14.

According to the reports, the staff members had gone into the room again on Feb. 15 and were concerned to have him found in the same position. The Hillsborough County Sheriff’s office said earlier this week that the staff confirmed he was dead around 11.30 a.m.

According to the deputies, the last time they confirmed Jackson was alive was on Feb.11 and canceled the missing person report after checking on him on Feb. 12.

The medical examiner’s office is reported to be still working on the exact cause behind Jackson’s death as there were no signs of trauma.

Reportedly, the family members of Jackson have mentioned that Jackson had suffered from chronic alcoholism and concussion and stated the investigations to back up his cause of death is still incomplete.

Sheriff’s office stated that among other reports, an autopsy will certainly clear the cause of his death.

It was confirmed by Jackson’s Family that his (Jackson’s) brain was donated for a study on C.T.E.

Jackson’s family spokesperson, Allison Gorrel in a phone interview with the New York Times said, “Vincent being who he was would have wanted to help as many people as possible.”

The staff had assumed Jackson to be sleeping on the couch, sitting!