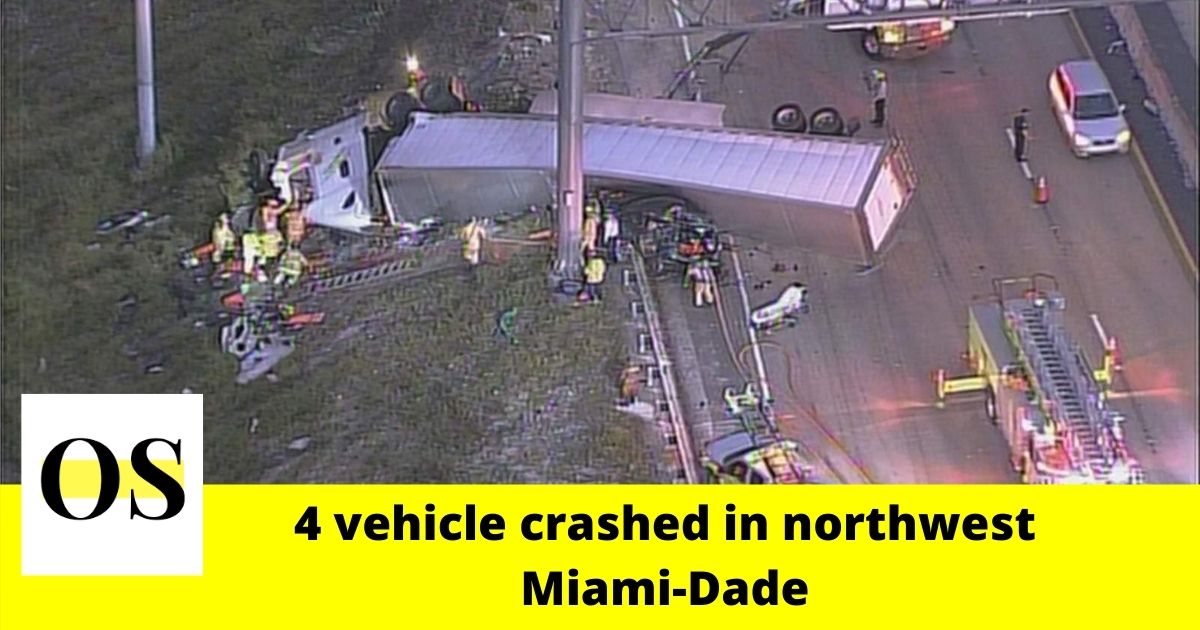 MAIMI, FLORIDA: According to Florida Highway Patrol, a crash in the southbound lanes of the highway caused a tractor-trailer to go off the side of the highway.

The Florida Highway Patrol Lt. Alex Camacho said the tractor-trailer was involved in a crash with three other vehicles.

The Miami-Dade Fire Rescue said the other three vehicles that were involved in the crash also overturned.

The crash reports say altogether 18 Miami-Dade Fire Rescue officials along with their Technical Rescue Team and a trauma surgeon responded to the scene.

After some hours the victims were airlifted to a trauma center. The victims suffered non-life-threatening injuries.

The authorities were collecting evidence at the scene so southbound lanes of the Turnpike were shut down at Okeechobee Road after the crash.