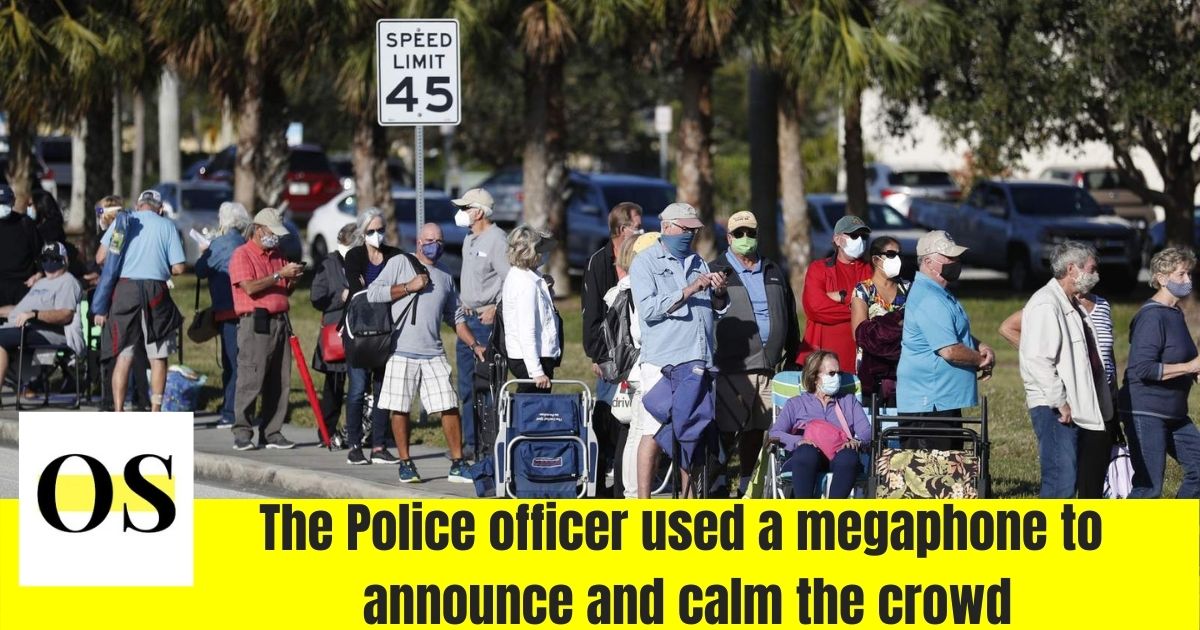 FLORIDA CITY, FLORIDA- A vaccine site in Florida with few eligibility takers stated that anyone who wanted the vaccine to have it without letting it go waste.

With the word spread, the Florida City site of vaccination was reported to have been overwhelmed and that the Police had to calm the crowd. The site had to enforce eligibility rules once more stating 65 and older; frontline medical workers and police officers; teachers and firefighters over 50; and younger people with a note from a physician stating the reason for the priority.

According to a news, a police officer in Florida announced through a megaphone to a crowd over 200 sayings, “if you do not meet the criteria you will not be vaccinated today,” as the vaccines must be frozen at extreme temperatures and must be used within the same day they are taken out.

Around 500 doses are being administered per day by the site which is run by the Federal Emergency Management service. According to the officers, it is not unusual to inject anyone willing to get it with a less eligibility percentage on the site which would otherwise let the vaccines spoil in vain.

It was reported that the news was spread by social media and people from miles came to Florida just for this purpose.