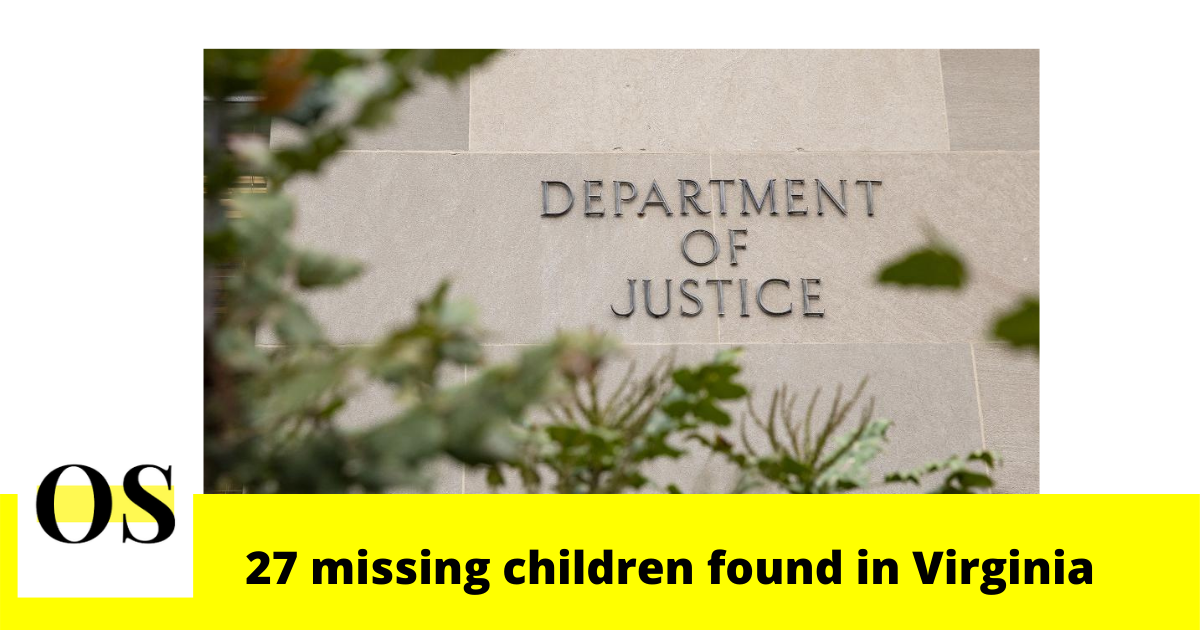 The operation resulted in the rescue of 27 children and the safe location of six others who were reported missing but found in the custody of their legal guardian.

“The Department of Justice is dedicated to protecting the most vulnerable children in our society and ‘Operation Find Our Children’ does just that,” said Deputy Attorney General Jeffrey A. Rosen in a news release by the DOJ. “While this Virginia operation is the most recent recovery of endangered and missing children led by the US Marshals Service this year, we have also recovered more than 440 kids in Georgia, Ohio, Indiana, Louisiana and other states. Because of this initiative, the recovered children are now out of harm’s way,” Rosen said.

“I can think of no more critical or satisfying mission for a law enforcement officer than rescuing an endangered child,” said Nick E. Proffitt, U.S. Marshal for the Eastern District of Virginia. “This operation brought together a formidable team that was, and is, determined to come to the aid of our youth and bring to justice those among us that choose to prey on these vulnerable children.”

Records show since 2005 the U.S. Marshals have recovered more than 2,000 missing children, including a 75% success rate in received cases in the last five years.