A semi-truck crashed on a Florida turnpike toll booth Monday in Osceola County. The troopers are warning drivers about delays in that area. 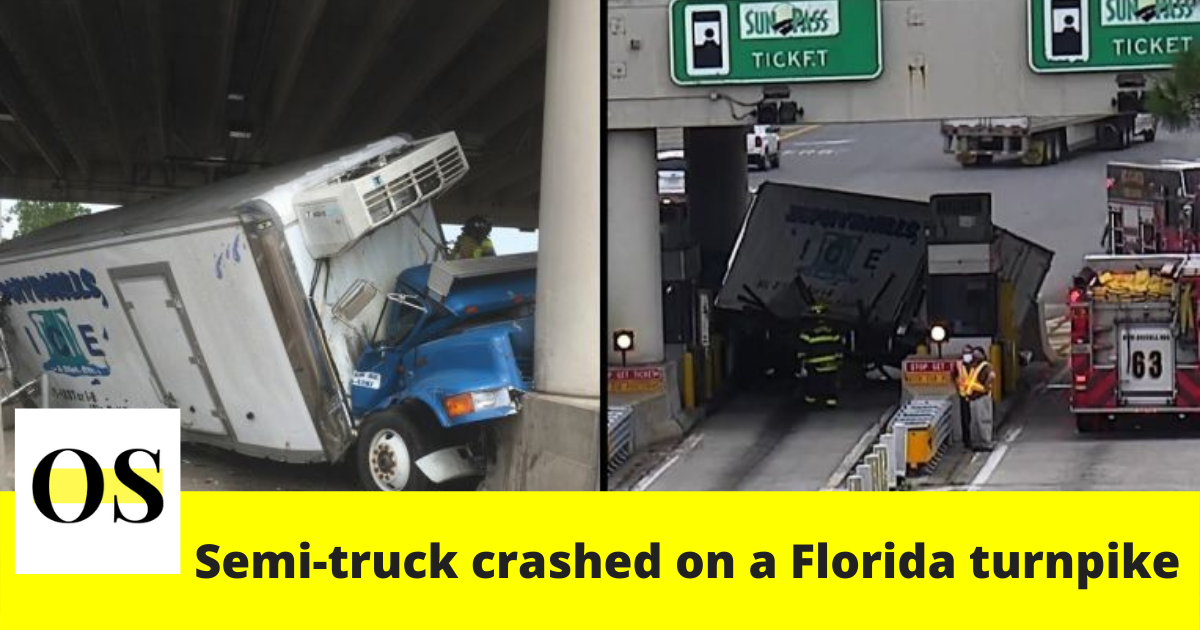 The crash happened just before noon at the toll plaza near mile marker 236, near St. Cloud. The reports say that the driver of the semi-truck failed to slow and hit a car, then the southbound toll booth.

According to the Florida Highway Patrol (FHP), a semi-truck failed to slow and struck a car and the southbound toll booth at the 3 Lakes Toll Plaza on the Florida Turnpike in Osceola County.

The Florida Highway Patrol (FHP) posted a tweet: Florida Turnpike Osceola County: “3 Lakes Toll Plaza. Semi-truck failed to slow and struck a car and the southbound toll booth. Expect delays in the area. Everyone will be ok. Driver is semi being flown out. 1 lane SB open. All lanes NB remain open.”

When law enforcement vehicles are in one of the “break-down” lanes, either assisting a motorist or pulling over a speeding vehicle, you must move to the far lane away from the police, or slow down to 20 miles per hour below the speed limit.