According to the recently released reports, on Thursday President Donald Trump said, he will leave the White House if the Electoral College formalizes President-Elect Joe Biden’s victory even as he insisted such a decision would be a “mistake”. 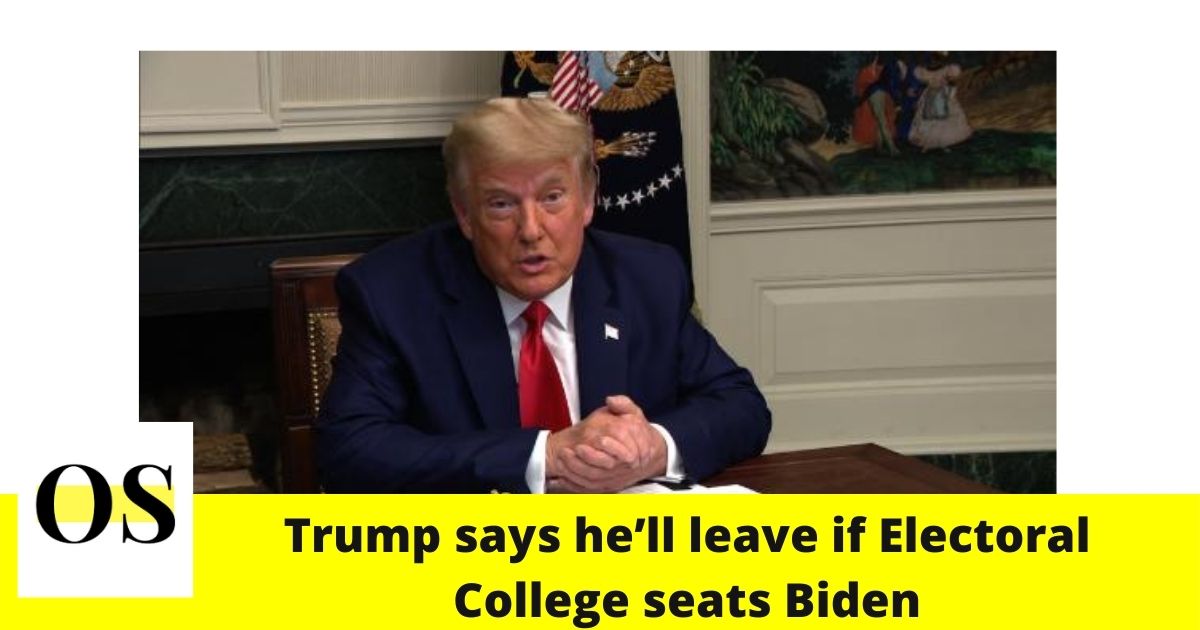 “Certainly I will. But you know that,” Trump said Thursday when asked whether he would vacate the building, allowing a peaceful transition of power in January. “This has a long way to go,” Trump said.

“I think you’re dealing with a very fraudulent system. I’m very worried about that,” he said. “People are very disappointed that we were robbed.”

Trump spoke to reporters in the White House’s ornate Diplomatic Reception Room after holding a teleconference with U.S. military leaders stationed across the globe.

Trump said, “it’s gonna be a very hard thing to concede. Because we know there was massive fraud,”  noting that, “time isn’t on our side.”

At one point he urged reporters not to allow Biden the credit for pending coronavirus vaccines. “Don’t let him take credit for the vaccines because the vaccines were me and I pushed people harder than they’ve ever been pushed before,” he said.