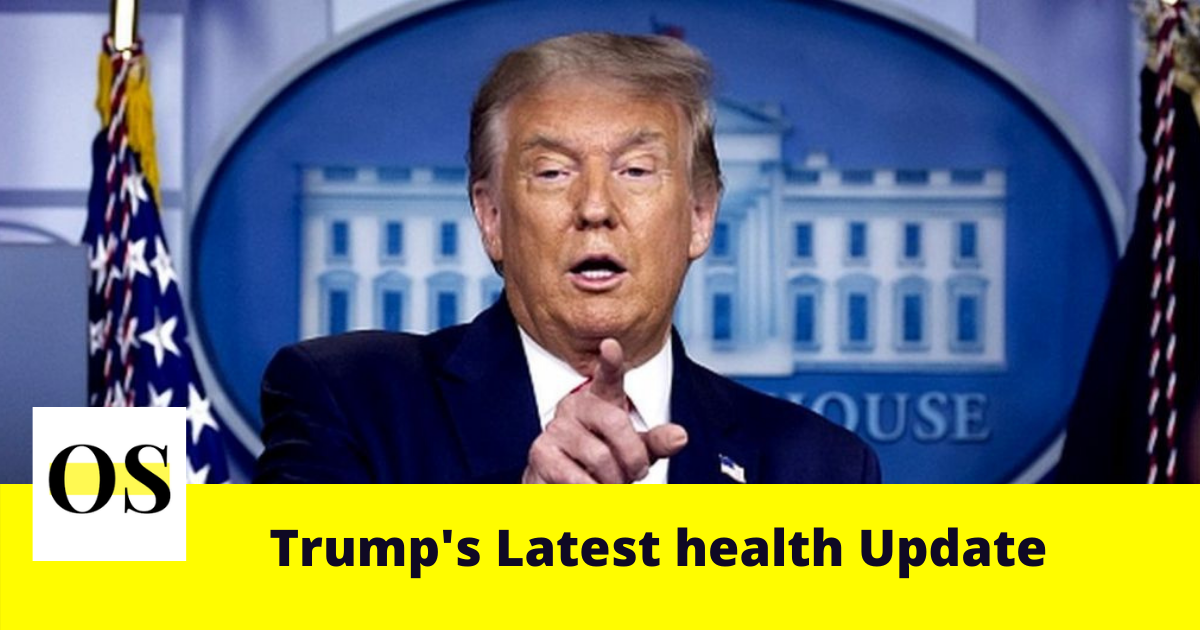 Trump’s physician made a memo saying “made substantial progress since diagnosis” but “is not yet out of the woods”. “The President’s vitals over the last 24 hours were very concerning and the next 48 hours will be critical in terms of his care. We are still not on a clear path to a full recovery,”  White House chief of staff Mark Meadows, told White House pool reporters after the briefing from his doctors. “He’s made unbelievable improvements from yesterday morning when I know a number of us, the doctor and I were very concerned,” Meadows said in an interview.

The President’s physician, Navy Cmdr. Dr. Sean Conley had offered an assessment of the President’s condition stating that he was feeling well, that he had been “fever-free” for 24 hours, and that his symptoms — which included an “extremely mild cough,” nasal congestion and fatigue — “are resolving and improving.”

According to a source, Trump has received supplemental oxygen since his illness began.

Trump made a video on Twitter on Saturday stating his health condition. “I just want to tell you that I’m starting to feel good,” Trump said. “You don’t know over the next period of a few days, I guess that’s the real test. So, we’ll be seeing what happens over those next couple of days.”