Florida Highway Patrol troopers are investigating a Sunday morning truck crash along I-95 in Brevard County. 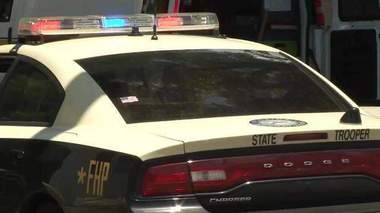 A 40-year-man from Titusville was pronounced dead at the scene, FHP spokeswoman Lt. Kim Montes said.

According to the reports the crash happened around 8:45 a.m. on I-95 near mile marker 196. A pickup truck overturned, killing the only occupant, a 40-year-old man from Titusville. When it traveled off the road and onto the right shoulder for an unknown reason, according to an incident report.
Live traffic footage throughout Sunday morning showed an overturned truck along the grass near the mile marker.
He was pronounced dead at the scene, FHP spokeswoman Lt. Kim Montes said. Montes said troopers were at the scene, and the right, northbound lanes were blocked as they investigated.
There are some precautions we can follow to prevent truck accidents.
Always be careful when passing a commercial truck. Large trucks cannot stop as quickly or maneuver as easily as other vehicles, so truck drivers need additional time to react and adjust their speed. It is important to provide clear signals so the truck driver can anticipate your actions. Use your signal sooner than you normally would for other motorists so that the truck driver has adequate time to adjust his or her own driving.
More News: 44-year-old man killed after home invasion at Winter Park