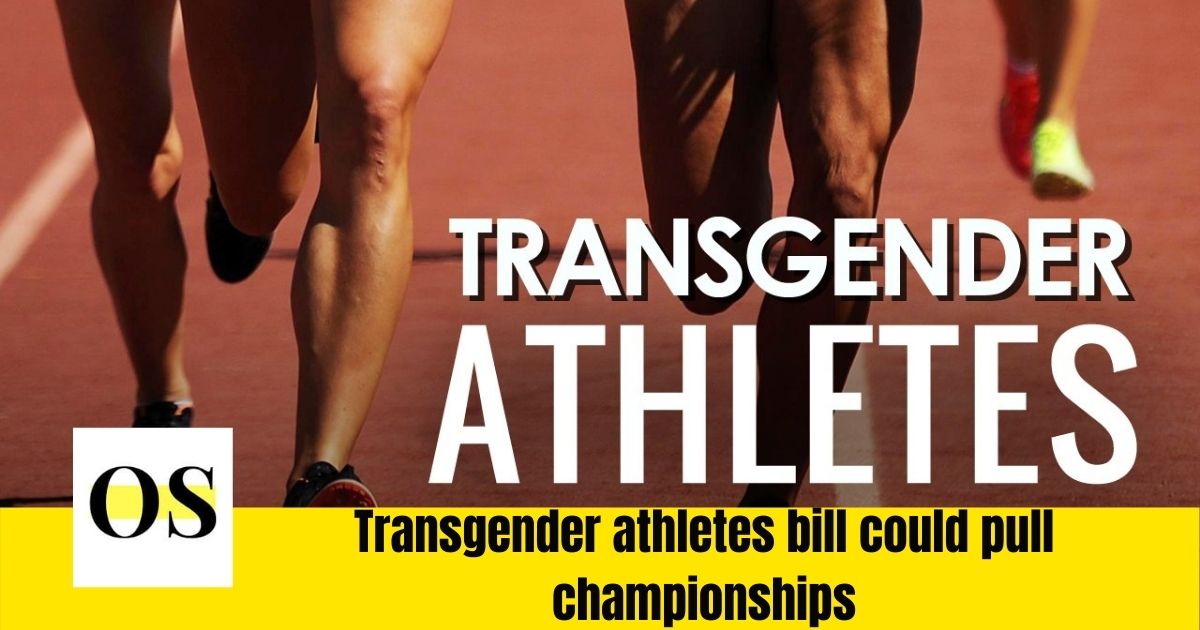 On Monday, the National Collegiate Athletic Association Board of Governors said it would consider pulling championships from states that ban transgender athletes from participating in women’s and girls’ sports.

The statement came a day before the Florida House is set to take up House Bill 1475, a bill that would do just that.

A statement recently released read: “When determining where championships are held, NCAA policy directs that only locations where hosts can commit to providing an environment that is safe, healthy and free of discrimination should be selected.”

“We will continue to closely monitor these situations to determine whether NCAA championships can be conducted in ways that are welcoming and respectful of all participants.”

Supporters say transgender athletes, who do not identify with the gender assigned to them at birth are a threat to the integrity of female-only competition

Supporters of the bill have provided no examples of a transgender athlete unfairly skewing women or girls’ scholastic competition in Florida.

However, advocates say that it does not just sport at issue, but the well-being of all transgender Floridians. Whether the NCAA pulls championships from the state or not, advocates argue the legislation would hurt an already marginalized group.

“I understand the economic argument. A lot of folks who are unfamiliar with the trans community can understand that faster than they can understand the lived experiences of trans people,” said Nathan Bruemmer, a transgender man and community activist from St. Petersburg. “But the deeper issue is getting behind the dollar signs and getting to know the humanity of who we are.”

Yet make no mistake, Bruemmer noted, the economic consequences of a potential NCAA boycott of Florida would be substantial.

The state has already lined up more than 40 regional or national championship events between the next academic year and May of 2026. They include four notable events at Amalie Arena in Tampa: the Frozen Four ice hockey championship (April ’23), the women’s volleyball finals (December ’23), the Women’s Final Four (spring ’25), and the first and second rounds of the men’s basketball tournament (March ’26).

This fall, Saint Leo University is scheduled to host the Division II cross country regionals and finals, and the University of Tampa is set to host the D-II volleyball finals.

It’s unclear how much the NCAA’s statement will influence Republicans. Chris Latvala, R-Clearwater, who chairs the House Education and Employment Committee, said the sports organization had too much to lose by pulling events out of Florida.

“The NCAA cares about one thing and it is not student-athletes,” said Latvala, a supporter of HB 1475, in a text message. “It is money. They are not going to boycott Florida.”

Last week at a meeting of Latvala’s committee, multiple Republicans noted the organization’s high-profile failure to provide equal accommodations for men and women during the recent NCAA Division I basketball championships. The organization has no place to tell others how to govern gender equality, Latvala said.

The Senate version of the measure, Senate Bill 2012, differs slightly from the legislation the House will take up Tuesday. The Senate bill would allow transgender athletes to participate if they can show they have testosterone levels below the International Olympic Committee standard.

That’s not quite the same standard as the NCAA’s. The college sports governing body’s rules say that transgender athletes have to take testosterone suppressants for one year before being cleared to compete in women’s sports.

The Senate bill was set to be heard in its final committee stop Wednesday. However, hours after the NCAA’s statement, a spokeswoman for Simpson tweeted that the committee’s agenda was too busy for the bill to be heard this week.