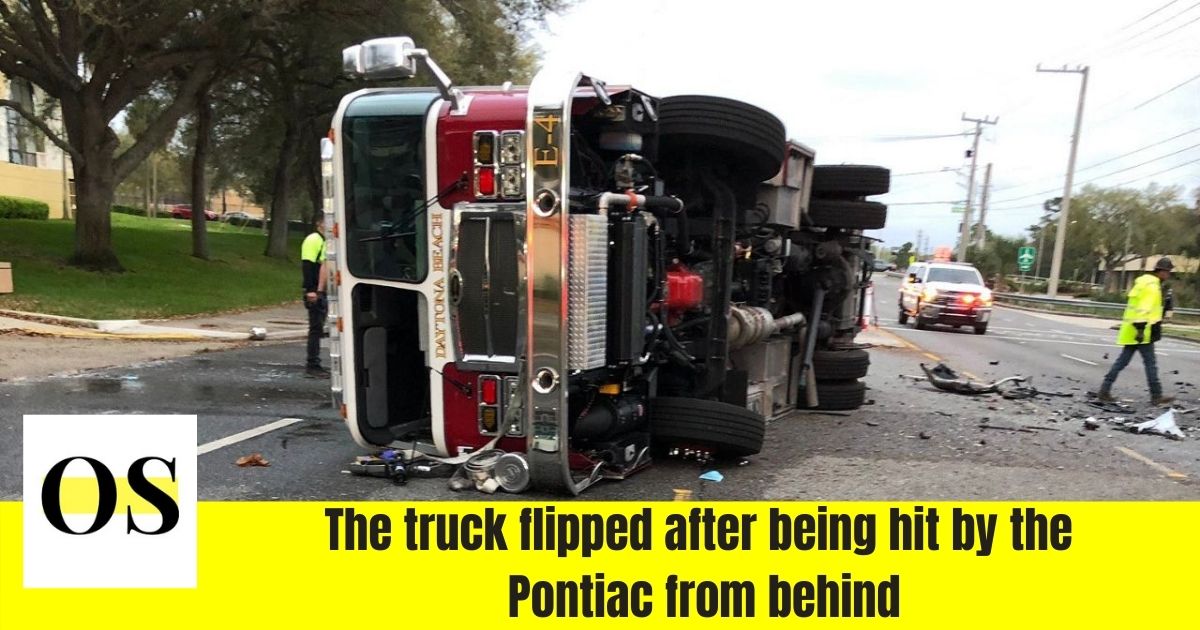 DAYTONA BEACH, FLORIDA- According to the reports, an Ormond Beach woman passes away while five of the City of Daytona Beach Firefighters get hurt during a traffic crash on Saturday. The location of the crash was reported to be near Halifax Health Medical center.

According to the Daytona Beach Police Department, the woman of 52 was the driver of the Silver Pontiac and was reported to have collided with the truck from behind and made the truck flip over. The time of the occurrence was reported just after 5 p.m.

The Pontiac was reported to be at a speed of 80 miles per hour in the SB lanes of Clyde Morris Boulevard. The truck was apparently hit from the tail just before the intersection making it flip over.

The traffic crash was reported when the truck had attempted to cross over to head towards north on Clyde Morris.

The driver of the Pontiac was immediately transferred to the Halifax Health Medical center by the Paramedics. Shortly upon arrival, the woman passed away from her injuries.

Along with her, five other firefighters were injured and are reported to be stable and recovering.

No charges were reported.