The news reports say Tropical Storm Eta caused dangerous flooding across Florida’s most densely populated urban areas on Monday. The heavy rains posed a serious threat across South Florida. School districts closed, saying the roads were already too flooded and the winds could be too gusty for buses to transport students. 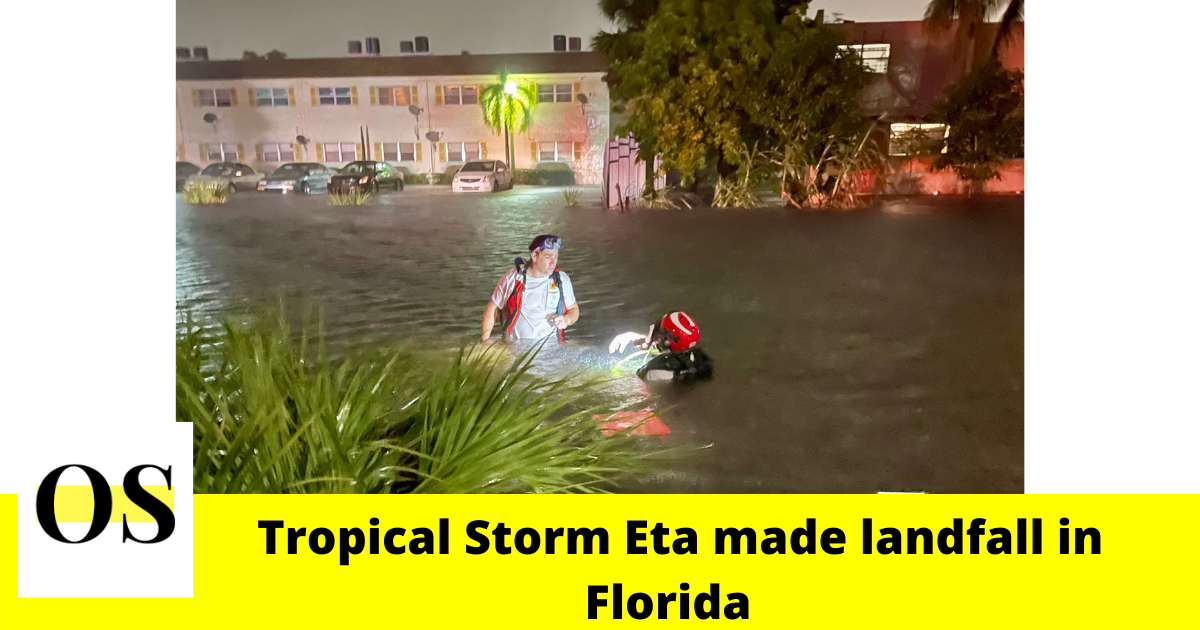 “In some areas, the water isn’t pumping out as fast as it’s coming in,” warned Miami Dade Commissioner Jose “Pepe” Diaz.

Fort Lauderdale Mayor Dean Trantalis called it a 100-year rain event, drenching already saturated streets. “Once the ground becomes saturated, there’s really no place for the water to go,” Trantalis said. “It’s not like a major hurricane. It’s more of a rain event, and we’re just doing our best to ensure that the people in our community are being protected.”

Eta initially hit Nicaragua as a Category 4 hurricane before wreaking havoc around Central America. Authorities from Panama to Mexico were still surveying the damage after days of torrential rain.