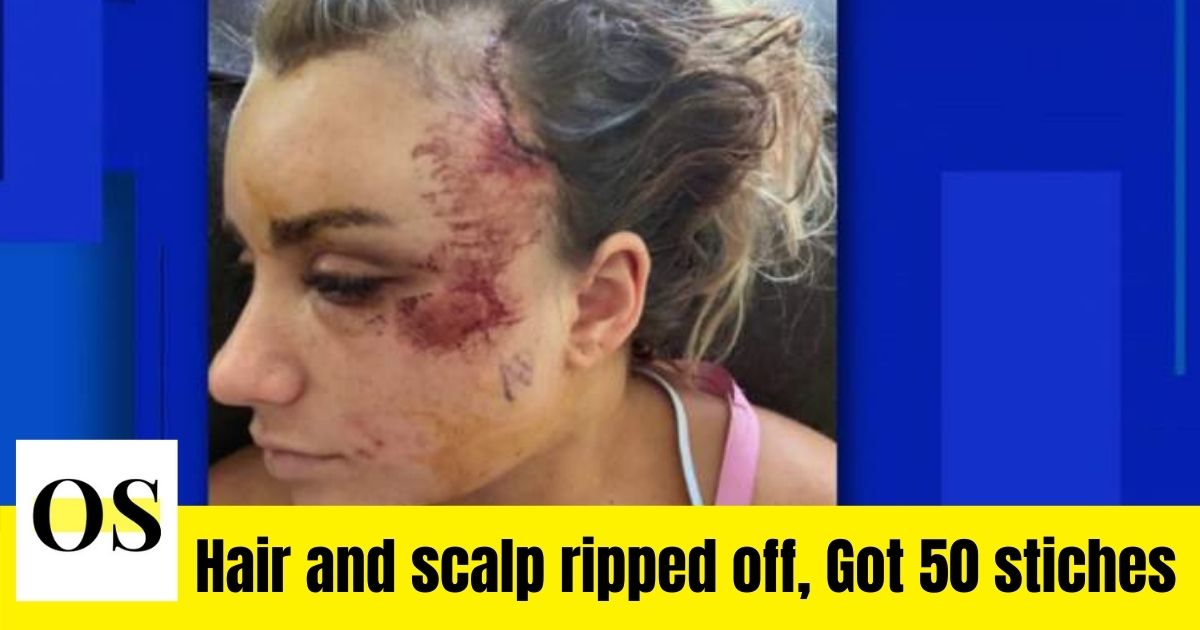 TAVARES, Fla. – The hit-and-run incident in Tavares remains unsolved. Lexi Griffith has little recollection of the events of April 24, the night she was injured by a hit-and-run driver.

Griffith remarked, “I don’t remember anything; I remember waking up in the hospital and hearing plastic surgeon consult needed.”

Before the life-changing occurrence, the 24-year-old Lake County lady was with friends at the Dog House Bar in Tavares. The night should’ve come to a close with a ride home.

Instead, she would spend days in the hospital, 50 stitches, and a whirlwind of testing and operations before returning home.

Onlookers wondered how Griffith could possibly survive as she was rushed to Orlando Regional Medical Center.

“My hair got trapped in a tire and ripped my hair and scalp off, so I was missing a bit of my scalp when I glanced in the mirror of the TV,” Griffith explained.

Only her injuries are more traumatic than the fact that she has no idea who was driving the vehicle that struck her on Ruby Street and never looked back, according to Tavares police.

“Did you do that on purpose?” says the narrator. ‘Did that happen by chance?’ “Just come forward and tell me what happened if it was an accident,” Griffith said.

Griffith said she was already coping with one challenge when she was involved in a car accident just days after she was released from the hospital.

Griffith stated, “I was hysterically crying phoning 911 saying, ‘Just got ran over last week,’ I had stitches in my head, I just got t-boned.”

Meanwhile, she stated she is still anxious and frustrated, and she keeps one eye behind her because the matter is still unsolved.

“I’d really like to stop living in dread; I have nightmares about it; I go to the store, and what if the ones who hit me are walking down the Publix aisle?”

This case is being investigated by the Tavares Police Department and the Florida Department of Law Enforcement. A black four-door sedan has been recognized as the suspect vehicle. Call CRIMELINE at 1-800-423-TIPS if you have any information.