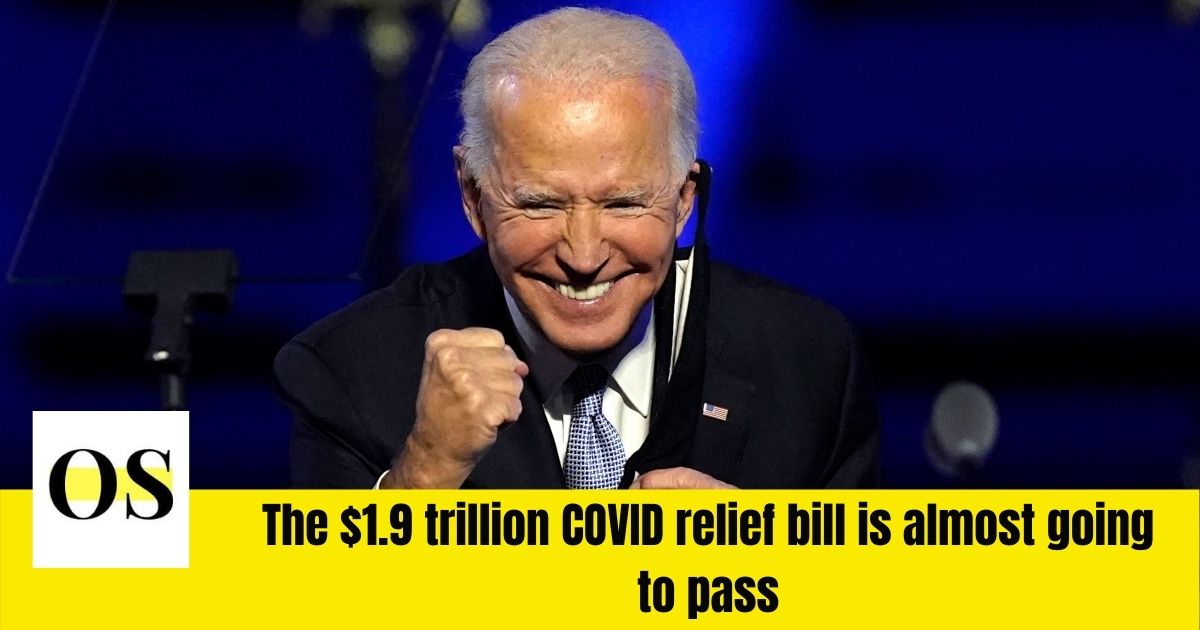 $1.9 Trillion Covid-19 relief bill is expected to pass Congress on Wednesday. The bill is said to transform the economy in a positive way and to create benefits for the least well-off citizens and do away with poverty. The passage of a bill of this scale and ambition two months into any new president’s term would represent a power-affirming win.

The bill can be said to be the first political payoff for President Joe Biden as his first legacy achievement.

When President Biden was campaigning for the presidential set, he pledged to send stimulus payments to millions of Americans and to secure money to fund the return of kids to school while speeding up the pace of vaccinations.

“Leadership matters. Vaccinations are up, infections are down, $1,400 survival checks are on the way, and that is only the beginning,” Rep. Hakeem Jeffries of New York, the chairman of the House Democratic caucus, said on Tuesday.
With its tax credits for children and low-income workers, an extension of health insurance subsidies, and nutrition and rental assistance, the rescue plan the American Rescue Plan is intended to do far more than simply stimulate the economy. Liberal champion Senator Bernie Sanders of Vermont is hailing it as a major victory for the progressive movement and the biggest targeted relief for the working population in many years.
While the White House is gearing up to spin what it regards as a massive success, the process of passing the American Rescue Plan also included warning signs for Biden as he eyes the rest of his ambitious agenda, which includes immigration revisions, climate change legislation, infrastructure spending, and gun control.
His initial $1.9 trillion requests, not far off half the entire US annual federal budget, are playing into Republican claims that his administration will be rooted in out-of-control socialism. The attack takes substantial liberties with the term but did appear to resonate in sectors of the electorate in last November’s elections when Republicans in the House narrowed the Democratic majority.