Many people have switched to music streaming services such as Pandora, Spotify, Google Play Music, or Apple Music in recent years. However, some of us are still hanging on to our media libraries because streaming isn’t quite good enough yet. So here I have gathered a list of ” The 5 Best Offline Music Player Apps for Android.”

Are you sick of listening to music on the internet? Although easy, streaming uses a lot of mobile data and may be inconvenient if you have a lot of digital music. Who doesn’t appreciate music? Music is a part of all of us’s lives. We enjoy listening to a wide range of musical styles and genres. However, storing all of those songs in a single smartphone is often difficult. In this case, a high-quality free music app can be extremely useful. You won’t have to go through such an experience if you have a decent music app for Android that stores almost all of the songs and allows you to download them. 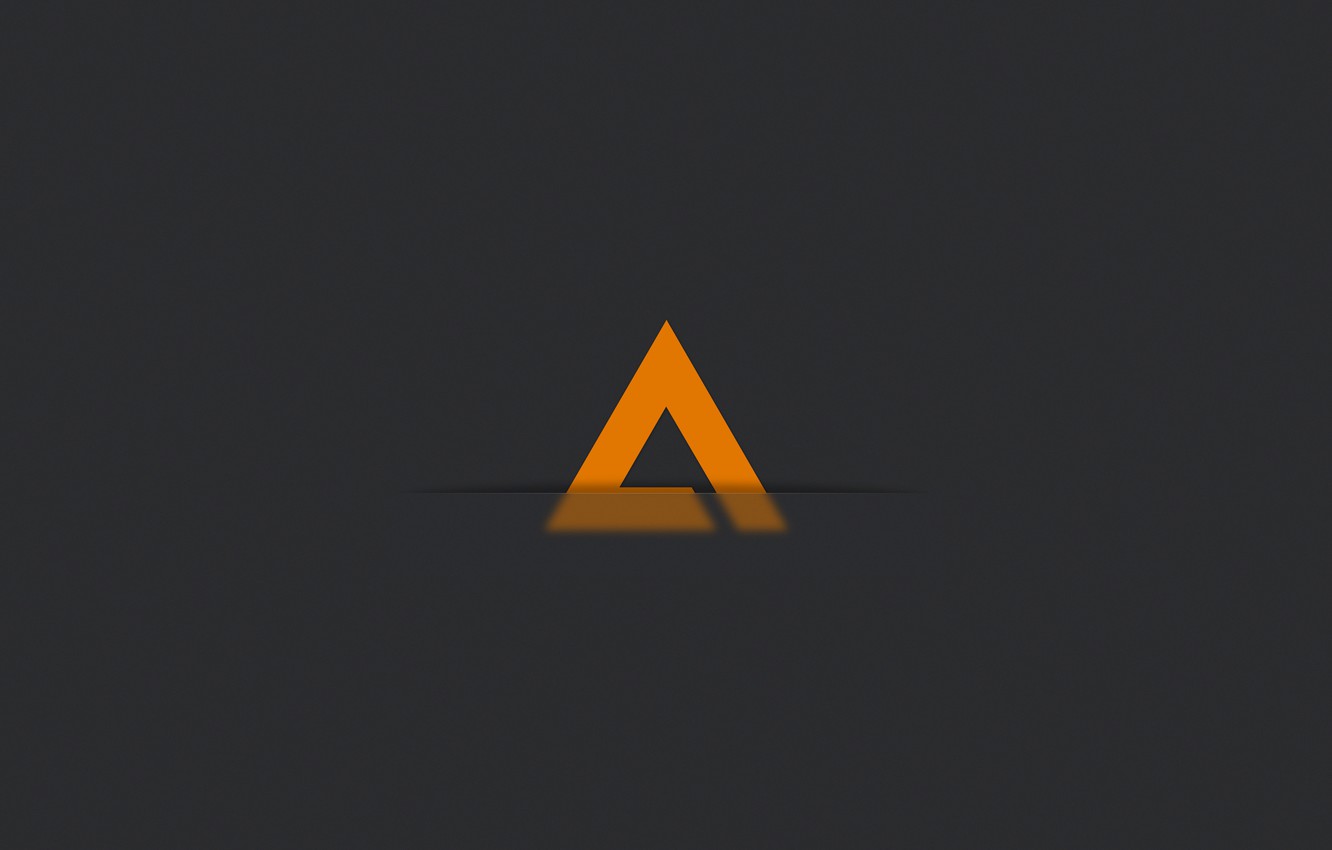 AIMP tends to be a bit simple for a music player at first glance. Flat interfaces are common right now, but AIMP’s approach feels a little empty. However, this may be the entire point. This app is simple: it plays your music and doesn’t bug you with unnecessary features.

It supports virtually all audio file formats, including lossy and lossless, and has a 29-band equalizer, which is uncommon in music players. It also has the ability to convert multi-channel files to stereo and/or mono. Overall, it’s a solid option that won’t let you down if you can get past the interface.

The Android music player jetAudio HD is available in both free and premium models. However, the free version provides so much that most users would not need to upgrade. The only drawback is that the free edition is accompanied by advertisements, which aren’t particularly bothersome.

A 10-band equalizer with 32 settings, lossy and lossless support, reverb and x-bass effects, playback speed control, automatic gain control, and more are included. A 20-band equalizer, built-in tag editor, over a dozen widgets, and a few other convenience features are included in the Plus version. 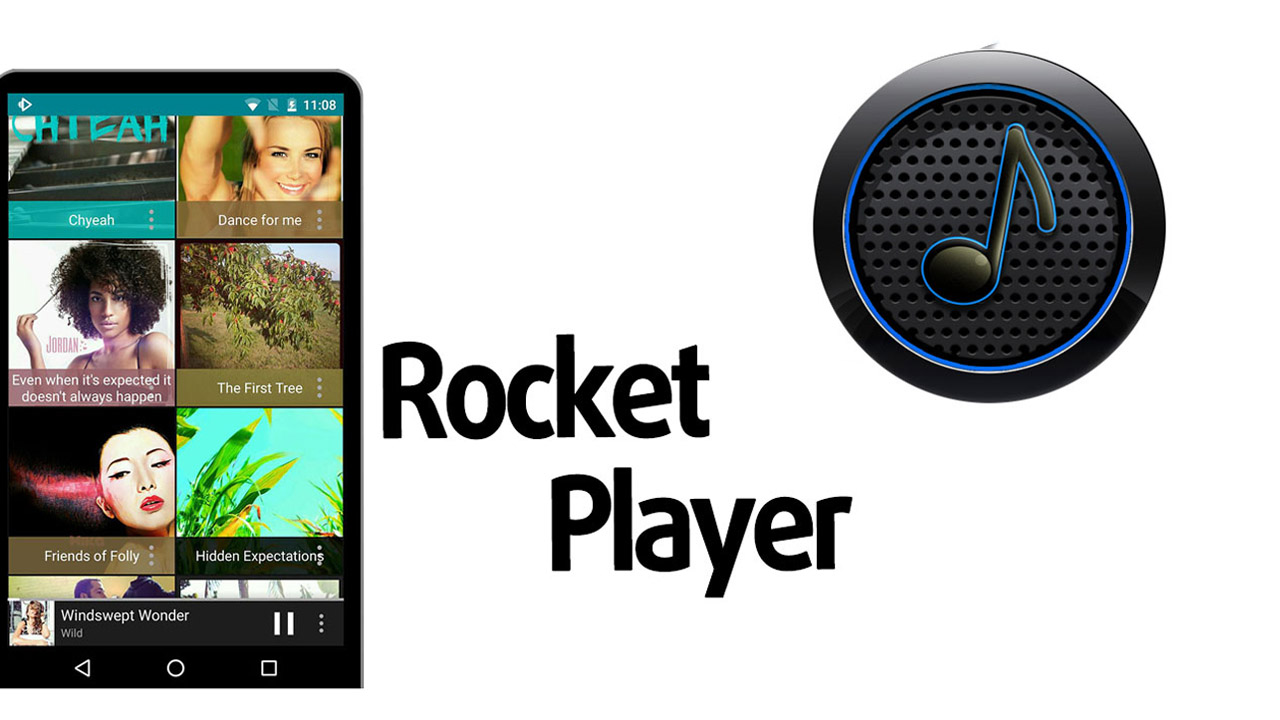 Rocket Music Player has been around for a long time and has improved greatly since its inception. Many bugs were patched, performance was improved, and the feature set was extended by the developers.

A 10-band equalizer with many settings, over 30 themes, a built-in tag editor, Chromecast support, a sleep timer, a handy playlist manager, and even podcast support are all included in the free version.Gapless playback, replay gain, crossfading, tag editing, extended support for audio formats, and more are all available with the premium app.

Phonograph is a beautiful music player application. This is due to the numerous built-in theme color sets, as well as the fact that the gui colors shift dynamically to fit the content on-screen.

In terms of functionality, it’s fairly ordinary, so don’t expect a lot of frills. Phonograph, on the other hand, could be the music player app for you if you just want an easy listening experience that doesn’t get in the way. 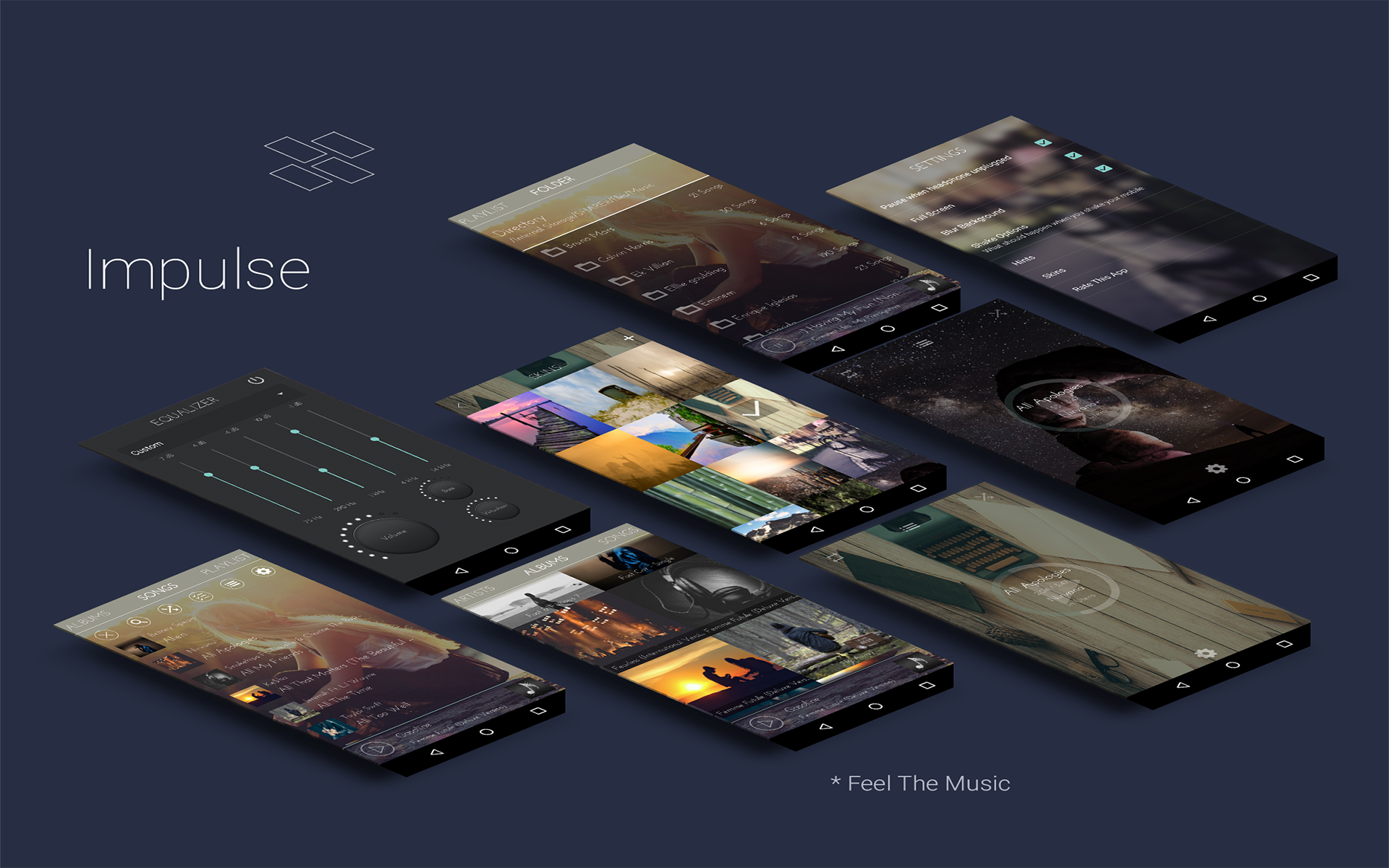 What distinguishes Impulse Music Player from other music players? It’s built to be a gesture-controlled music player, which makes it ideal for any situation where you’re distracted, such as cooking or driving. Impulse Music Player includes a five-band equalizer with bass boost and virtualizer, gapless replay, crossfade, metadata editing, automatic album art downloads, and more, in addition to gesture controls.

This music player isn’t a gimmick; it’s incredibly practical and well worth a shot. Notice that the free version of the app is classified on Google Play as “Music Player” for some reason. Impulse is the name of the Pro edition, and both are built by Appmetric.