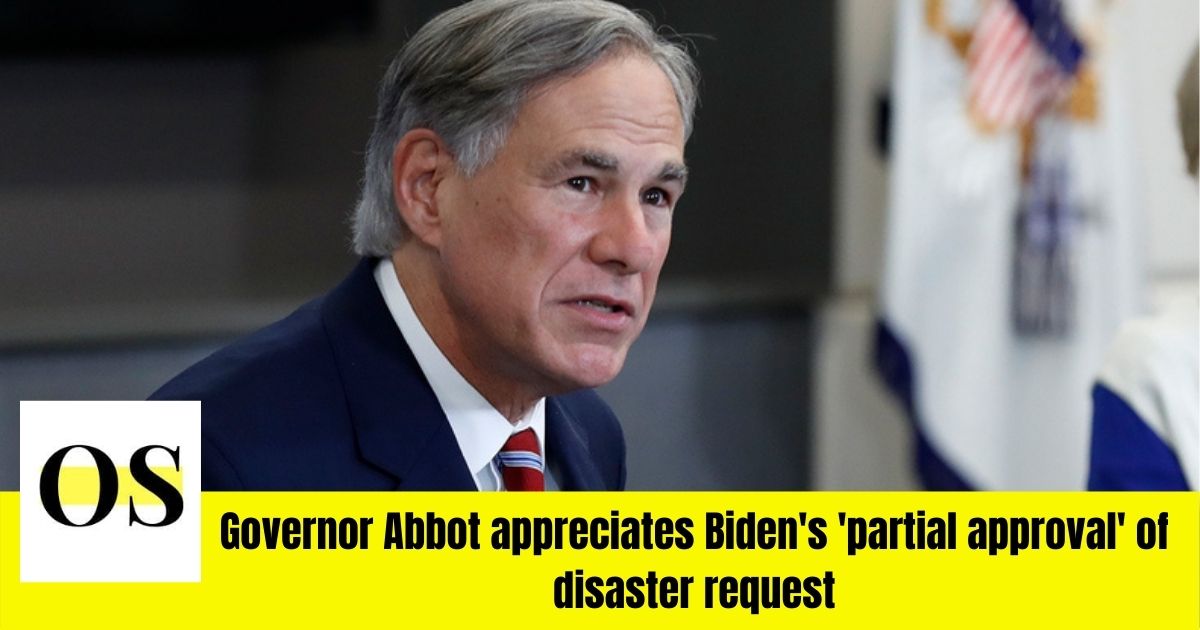 Texas Governor Abbot says that President Joe Biden has made “the first crucial step”, and thanks to President Biden for declaring a major disaster request for 77 Texas counties.

President Joe Biden signed a major disaster declaration for Texas at the White House on Saturday, February 20th, 2021. However, Governor Greg Abbot said that there is only a “partial” approval of his request for federal assistance. Governor Abbot had requested for the disaster declaration on Thursday for 254 counties in Texas. However, President Biden has approved public assistance for 254 counties and individual assistance for 77 of them according to a press release from Abbot’s office.

According to the Federal Emergency Management Agency, the 77 counties will have access to individual assistance whereby those who sustained losses due to disaster get direct assistance. Public assistance on the other hand refers to repairs and replacements of public facilities or infrastructure damage.

According to the White House press release, The federal disaster assistance approved by the disaster declaration includes grants for temporary housing, home repairs, loans to repair property damage caused by the storm, and additional programs for individuals and business owners affected by the weather. The release also said that says that federal aid is available to individuals in 77 Texas counties, including Dallas, as well as local governments and some nonprofit organizations for “emergency protective measures and hazard mitigation measures statewide.”

“I thank President Biden for his assistance as we respond to impacts of winter weather across our state. While this partial approval is an important first step, Texas will continue to work with our federal partners to ensure all eligible Texans have access to the relief they need,” Abbott said in the release.

“The funds provided under the Major Disaster Declaration may provide crucial assistance to Texans as they begin to repair their homes and address property damage,” he added.

President Joe Biden had said on Friday that he planned to declare the situation in Texas a “major disaster.” The president also said he has plans on visiting the state next week but he left the date open saying he would go when his presence would not create an additional “burden.”