The reports say a 7-year-old Polk County boy tried to chase down the thief who stole his brand new electric scooter right out of his driveway. 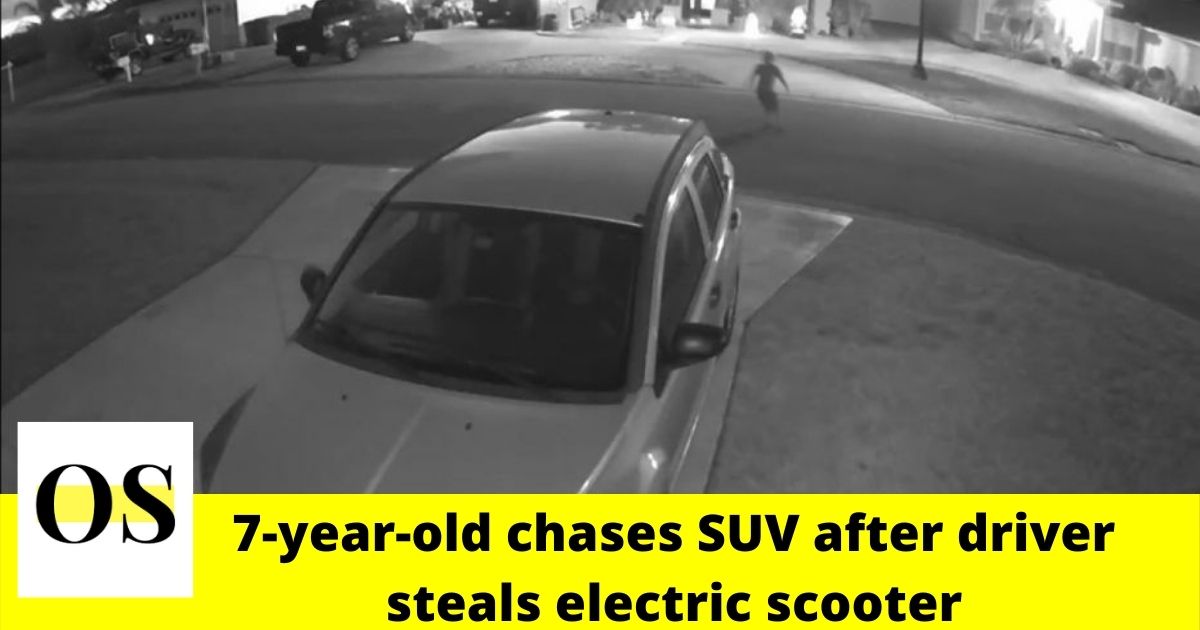 According to the reports, the boy was playing outside around 6 p.m. Sunday. His brand new electric scooter was near the road.

Records show the whole thing was caught on camera. The people of the community praises the brave 7-year-old boy.

“Everybody watches out for everybody,” according to Todd Cannon. “They’ve got six kids in that house,” Cannon said, pointing at homes. “There’s two in that one, two in this one.” So, when something bad happens to one of them, especially a child, it’s a crime against them all.

“He watched the lady get out of the vehicle, put it in there, and drive away,” Cannon said.

“I really, really hope that she looks back at this video, she sees this video and sees what she did to that little kid because it really was hard watching him run,” said Diana, who lives close by. “She was looking for something to steal and that, I believe, is someone who has no heart and needs to be brought to justice,” Diana added.

Reports say neighbors in Remington Oaks have already made sure the little boy has a new scooter on the way.