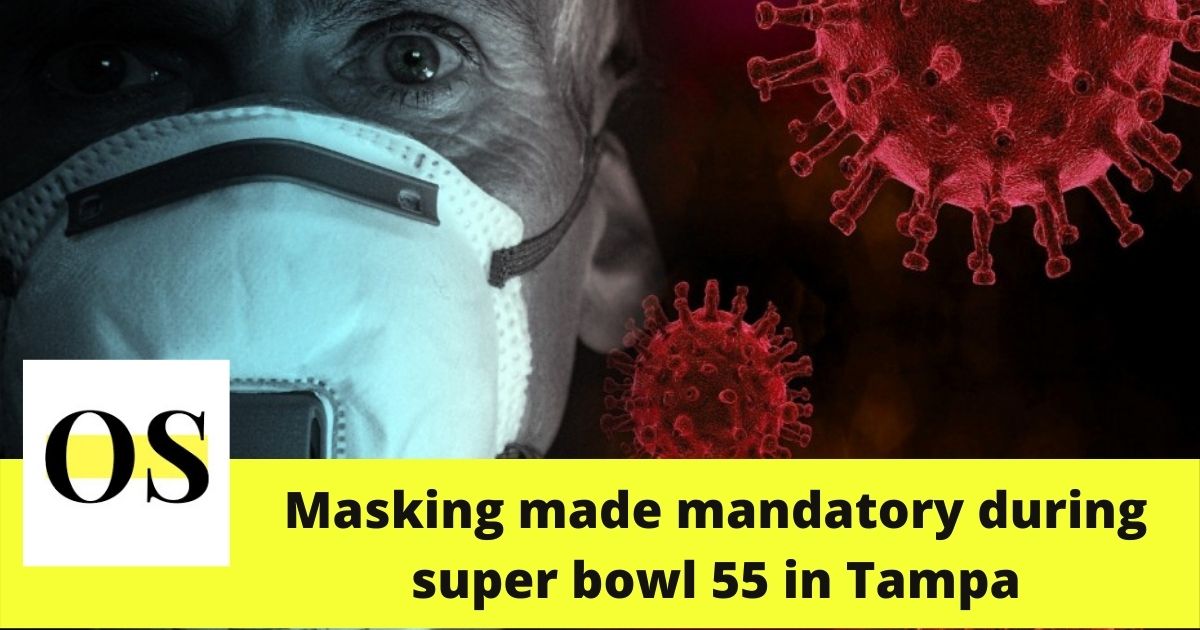 TAMPA – With details still remained to be scarce, Tampa Mayor Jane Castor is to execute an outdoor mask order to some areas as modeling predicts a 25% reduction in social distancing during the super bowl 55 festivities. The announcement by the Mayor on Wednesday made masks mandatory in heavily-trafficked areas.

The news was on Castor’s Facebook Live show and the executed order confirmed the mandatory masking areas to be Downtown, Ybor City, SoHo, The channel district, and around the neighborhoods of Raymond James Stadium. The order also outlines districts of Riverwalk and Armature to be included in the order as they are within event limits.

Although designed to be voluntary, upon citation of infringement a penalty fine of up to $500 would be charged. The executed order which is now in effect will remain until the 13th of February, almost a week after the finale of a premier sports event.

In Castor’s statement on Thursday, she said, “It’s an incredibly exciting opportunity to be able to host a fun and safe super bowl here in Tampa- hoping everyone would do their part.” She also added that the fans should feel safe and confident when they are out celebrating the super bowl LV in Tampa; a city that takes this pandemic seriously. Moreover, she highlighted that taking excellent COVID-19 precautionary measures would be as taking personal responsibility to keep you, your loved ones, and other fans including the entire Tampa Bay community safe and sound.