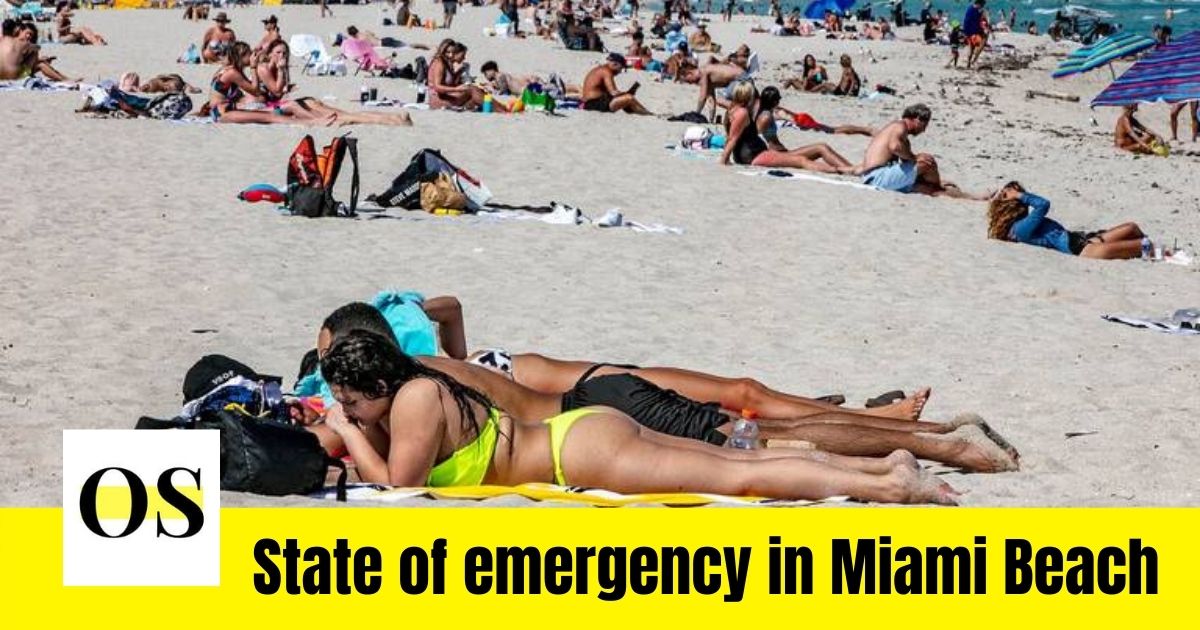 Emergency in Miami Beach – On Saturday, the city of Miami Beach declared a state of emergency due to the crowds that came down on the popular South Florida destination.

Mayor Dan Gelber announced during an afternoon news conference that there is going to be an 8 p.m. curfew for the South Beach entertainment district. Moreover, he also said shore-bound traffic on the city’s causeways would be shuttered.

These measures will be in effect for at least 72 hours.

“As we hit the peak of the peak of spring break, we are quite simply overwhelmed,” City Manager Raul Aguila said.

Crowds last night resembled those of a rock concert, according to officials.

State figures indicate parts of South Florida have continued to be hot spots for Covid-19 transmission. The state has surpassed 2 million coronavirus cases.

Amid this backdrop, authorities have had to grapple with throngs of college students and young people who have flocked to the warm shores of Miami Beach.

“Recently, we have grown increasingly concerned with the safety of our dedicated employees and valued customers and the ability of the City to maintain a safe environment in the surrounding area,” the hotel said in a statement.

Police Chief Rick Clements said his officers responded to multiple fights on South Beach on Friday night. Tables and chairs were used as impromptu weapons, according to the chief.

During Saturday’s news conference, the mayor blamed some of the crowdings on accessible travel.

“There are a lot of cheap flights,” Gelber said. “Last month you could get here from Philadelphia, New York, or Chicago for $50 round trip.”