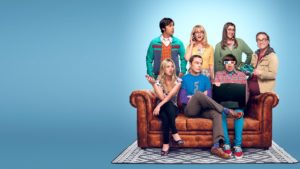 The Big Bang Theory is Completed with 12 years of journey. It has attracted a lot of loyal fans since 2007 when it premiered, and for good reason. Following the lives of Leonard Hofstadter, Sheldon Cooper, Penny …Something, Howard Wolowitz, Rajesh Koothrappali, Bernadette Rostenkowski-Wolowitz, Amy Farrah Fowler, and Stuart Bloom the show deals with contemporary issues around science, life, dating, and culture.