Two people were shot leaving one dead on Tuesday evening at an Amazon fulfillment center in Jacksonville, Fla. The male victim was taken to the nearby hospital. 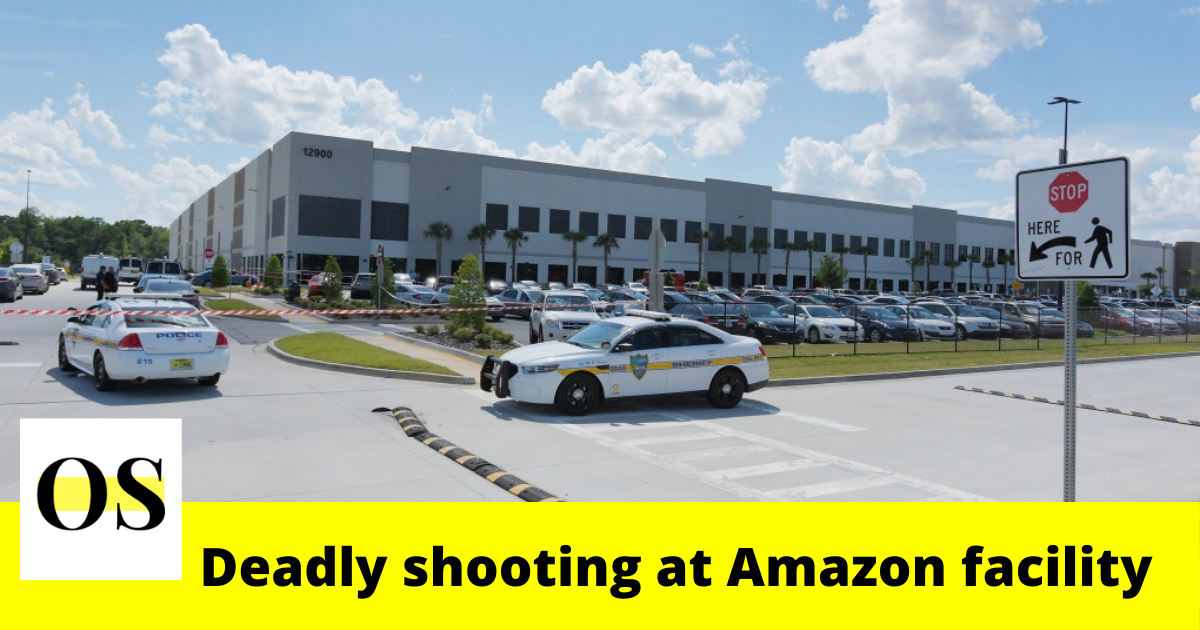 The victims were believed to have been employees at the Amazon Fulfillment Center on Pecan Park Road, located just south of the Jacksonville International Airport.  “It was actual gunshots, and we walked a couple of steps, you see two people laid out by the stairs,” a woman who works at the center said. The female victim was pronounced dead the scene and the male was transported to a hospital.

Lt. J.D. Stronko said there may have been a “domestic relationship” between the individuals involved. The Jacksonville Sheriff’s Office deputies found a black female and black male with gunshot wounds. The suspect has not been identified. Also, the identity of the victims is also unknown.

There was a targeted shooting in June outside the Amazon facility which left one person killed and two others slightly wounded. Jacksonville Sheriff’s Office Assistant Chief Brian Kee has said in a conference that the victim who was fatally shot was a 20-year-old man, was waiting in line outside the Amazon warehouse to apply for a job.

More News: 71-year-old mother died and her two young son lived alone for a week in the house