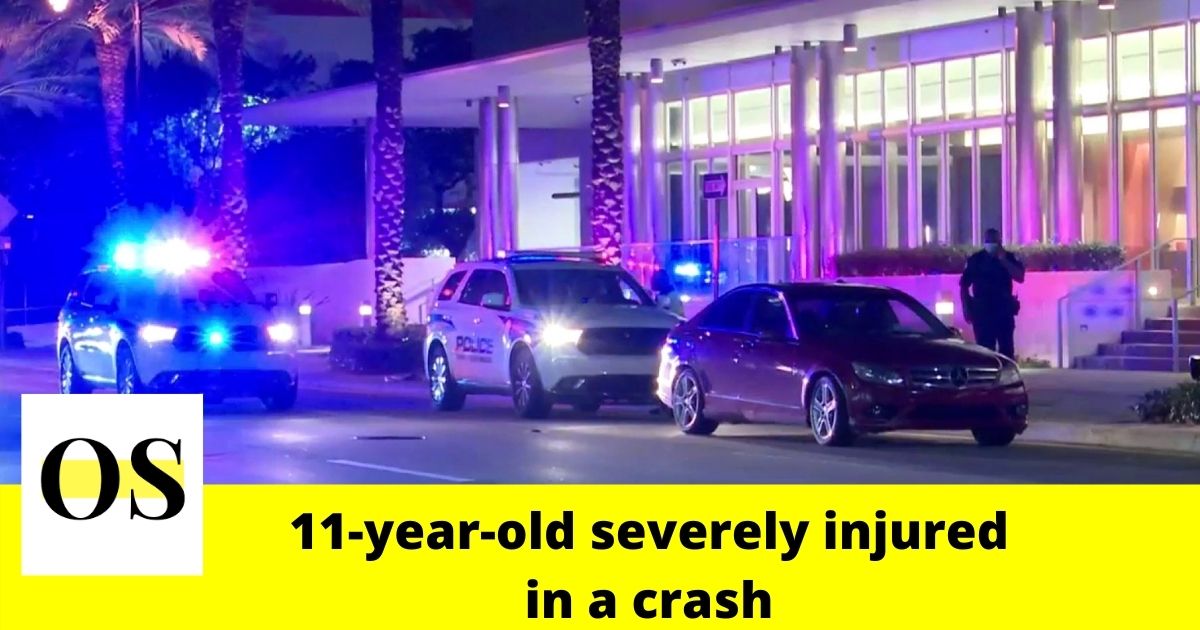 SUNNY ISLES BEACH, FLORIDA: An 11-year-old boy was hit by a car early Wednesday evening while he was attempting to cross the street. The incident happened in the eastbound lanes of Sunny Isles Boulevard near A1A. The reports say the teen was struck by a red Mercedes-Benz while he was in the crosswalk.

Police said the vehicle ran a red light in Sunny Isles Beach. The victim suffered serious injuries. He was rushed to the Joe DiMaggio Children’s Hospital.

The 11-year-old suffered severe head trauma and is in critical condition. Police said the driver of the involved vehicle is at the scene. The witnesses were interrogated at the scene.

After the lights turned red, the boy tried to cross the road.

“It has almost happened to me running across the street,” said resident Alex Tchogorian. “This crosswalk is a huge problem.” “You are not expecting the light to be red, so a lot of people often run the red light, it is a dangerous intersection,” Tchogorian added.

The crash is under investigation and no more detail is available at the moment.