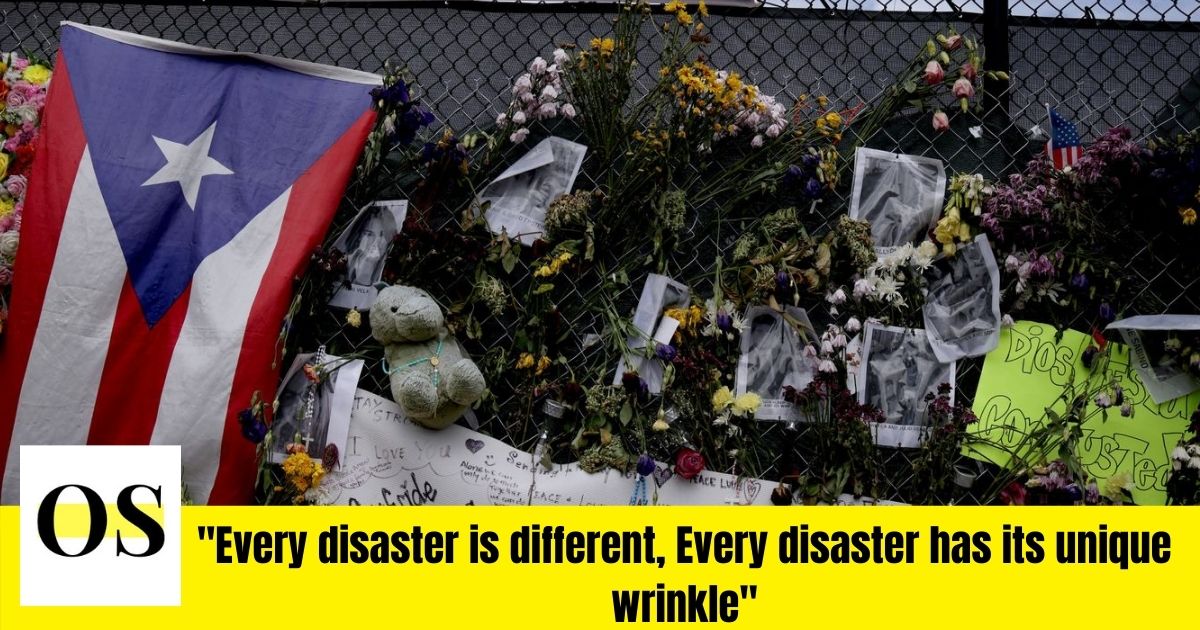 SURFSIDE, Fla. – For retired Oklahoma City Fire Chief Greg Marrs, the broken concrete and twisted rebar from the collapsed high-rise near Miami brought back memories of his crew digging through the rubble of the Alfred P. Murrah federal building in 1995.

Marrs sympathized with the Florida teams scouring the wreckage of the 12-story Champlain Tower South condominium building from afar. The images in Surfside reminded him of the desperate hunt for survivors following the Oklahoma City bombing, followed by the sadness of only finding bodies, he said.

Other rescuers who had responded to previous tragedies had experienced the same thing. They claim that the workers in Surfside will continue to work with the same dedication and care, despite officials’ announcement last week that they had given up hope of finding any survivors.

After the World Trade Center towers fell in 2001, Joseph Pfeifer, the former counterterrorism and emergency preparedness chief for the New York Fire Department, was one of the first commanders on the site. He stated that the Florida workers will save any human remains and remove any building fragments that may reveal the cause of the collapse.

“They’re going to physically take off every layer. They’ll clear the site down to the last piece,” said Pfeifer, who teaches crisis management at Harvard and Columbia colleges and is the author of the 9/11 memoir “Ordinary Heroes,” which will be released on Sept. 7.

Marrs said he was reminded of the destruction at the federal facility after a truck full of explosives was detonated outside when he first saw photos of the Florida collapse. 168 people were killed in the explosion.

Both buildings’ shells were still standing, or teetering, over mounds of broken concrete and twisted metal in the aftermath, with the interiors exposed.

The dead toll from the South Florida disaster rose to 86 on Saturday, with another 43 people still missing. Although authorities determined that there was “no prospect of life” in the leftover rubble, the demand on rescue personnel to discover victims so that families can bury their loved ones has not abated.

Marrs was confident that the Florida teams would be just as polite in their search for the dead as they had been in their hunt for the living, based on his own experience.

“They certainly aren’t going in there with bulldozers and taking that stuff out, you know, not caring if they run over a body or not,” Marrs added.

The move from a rescue mission to a recovery endeavor, according to Marrs, does not lessen the urgency.

He explained that because there is no longer a race against time, they are doing things in a more cautious and safe manner. It’s likely that crews will be encouraged to take less risks.

There are situations when no identifiable remains are discovered. According to Pfeifer, almost 40% of the more than 2,600 people murdered at the World Trade Center on 9/11 have yet to be physically recognized.

Crews in Florida have removed 13 million pounds of concrete and debris from the site with the use of heavy machinery.

Heavy equipment has arrived, making the removal of layers of debris easier, according to Miami-Dade Fire Chief Alan Cominsky.

“With our recovery efforts, we expect progress to move at a faster pace,” Cominsky added. He has stated that locating all of the victims may take several weeks.

Retired Chief Dave Downey of Miami-Dade County Fire Rescue was part of a South Florida squad ordered to help in Oklahoma City, and he may have run into Marrs. After terrorists struck the World Trade Center, he too hurried there.

“Each calamity is unique. Every calamity has its own twist,” Downey explained.

Downey has been in Surfside for the past two weeks, assisting with the rescue mission and now the recovery effort.

“What happens now is you change your mindset,” Downey said, describing the shift from looking for survivors to “knowing that we’re going to offer closure to these families, but not in the way that we all hoped.”

He added, “That doesn’t mean we won’t work as hard as we can.”