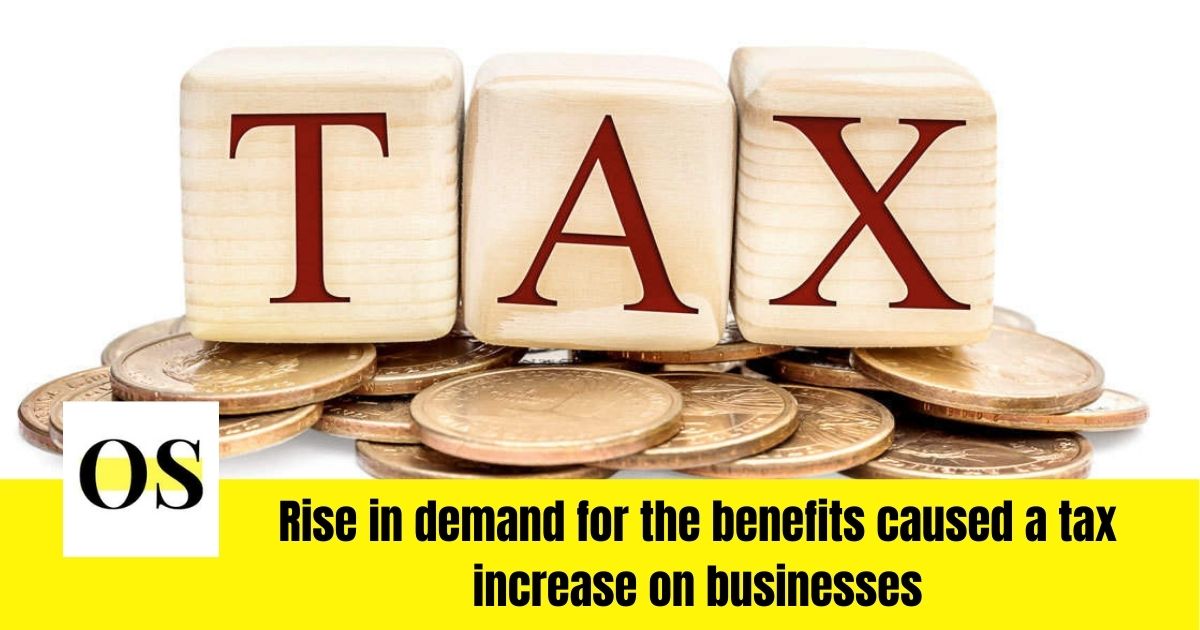 Sales tax to be collected by out-of-state  on purchases made by Floridians as announced by House Speaker Chris Sprowls and Senate President Wilton Simpson that this is a Wednesday plan. The sales taxes collection comes amid the state’s unemployment compensation system.

The joint announcement may bring in almost $1 billion a year for Florida. The money is said to be put into a trust fund which will be used to pay unemployment benefits.That trust fund, which is funded through taxes on businesses, became depleted during the past year because of huge job losses during the COVID-19 pandemic.

According to the Wednesday announcement, the rise in demand for the benefits caused a tax increase on businesses that took effect in January. As per projection, tax rates shall be continuing to increase in the upcoming years to replenish the funds.

“Our plan makes responsible use of the resources we have so that we can rescue Florida business owners from a major tax increase,” Sprowls, R-Palm Harbor, said in a prepared statement. “Florida businesses must be able to retain and hire employees and contribute to our recovering economy.

For business groups that have been lobbied for years to force out-of-state retailers to collect and remit sales taxes on purchases made by the citizens, this announcement can be seen as a major win.

Practically, consumers are supposed to pay sales taxes when they buy goods from those out-of-state retailers, but only few do. In-state businesses argue the situation creates unfair competition — especially as consumers have increasingly turned to the internet to make purchases.

On Wednesday Simpson said, “Under the law, online purchases are not tax-free. Every time government turns a blind eye on collecting taxes, we put a greater burden on the businesses and Floridians who are following the law,”.

“Making sure we are collecting existing taxes that are owed is the right thing to do. Rather than treating additional revenue that is already owed to the state as a windfall for the spending priorities of the day, the prudent thing to do is to reinvest these funds in our Unemployment Compensation Trust Fund, helping businesses survive a situation no one could have anticipated, and shoring up benefits for the struggling Floridians who have lost their jobs as a result of this pandemic.”

Legislators in recent years have repeatedly taken into consideration the requirement of out-of-state retailers to collect and remit sales taxes but have not passed legislation. The issue has been tricky politically, in part, because it could be viewed as a tax increase by consumers.

However, supporters of the change were bolstered by a 2018 U.S. Supreme Court’s choice in a case known as South Dakota v. Wayfair. The decision against Wayfair, a large online retailer with no physical presence in South Dakota, overturned a “physical presence test,” expanding states’ abilities to collect sales taxes.

Florida economists have estimated that the change could result in the collection of an additional $973.6 million in the upcoming 2021-2022 fiscal year and $1.08 billion in each following year, according to the House and Senate.

Simpson has been a vocal supporter of requiring the taxes to be collected, and a bill on the issue (SB 50) was scheduled to be heard on the Senate floor Thursday. But the announcement early Wednesday evening said the bill will be delayed to draft an amendment making clear the additional money would go to the unemployment compensation trust fund.

The House version of the bill (HB 15) will go before the House Ways & Means Committee on Thursday.