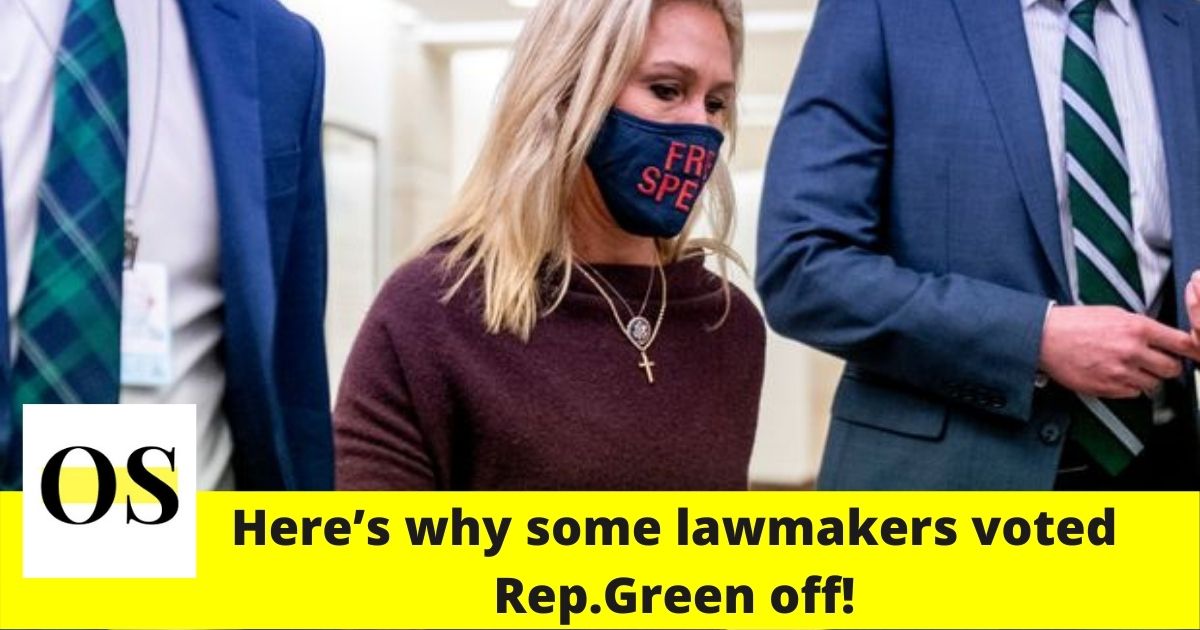 FLORIDA- Rep.Majorie Taylor Green was spotted walking back to her office post speaking on the floor of the House on Capitol Hill Chamber in Washington. Green was elected off the Educational and Labor Budget committees on Thursday.

According to the reports of the Associated Press, Green who served since the 230-199 vote was removed from the committees upon Democrats labeling her as spreading conspiracy theories.

The lawmakers of Central Florida voted against the party line with the following reactions.

Rep. Daniel Webster said that he “absolutely does not approve the speech he hears whether it is pro-socialist or Anti-American values or Anti-Semitic language or ridiculous and false conspiracy theories.” He also added that he does not believe in personal attacks and believes that everyone should be treated with respect and kindness.

In his statement, he also mentioned that this is an act of  Partisan politics and that the Democrats have refused their colleagues who are serving on committees to be held accountable despite their anti-Semitic speeches encouraging violence against other public officials. Instead, they chose to strip a Republican member of Congress of her Committee memberships for comments made while she was a private citizen.

Rep. Darren Soto said “No member of Congress who urges violence against other members spreads antisemitism and denied Parkland FL, Newtown and 9/11 attacks occurred, deserves a seat on the Education and Labor Committee, or any committee for that matter. For these reasons, I voted yes.”

Rep. Stephanie Murphy said that she supported the effort of removing Green as her actions were beyond the pale. She also added that the young survivor of the Parkland school shooting being harassed and the belief of Parkland and Sandy Hook massacres being stages led to her voting decision.