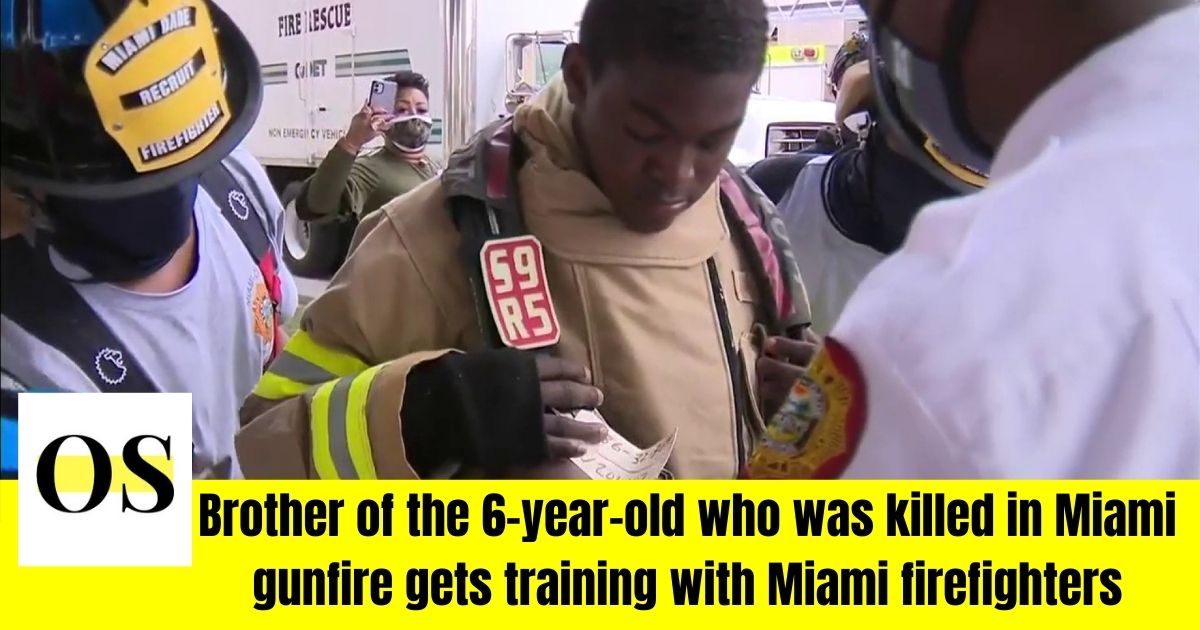 MIAMI-DADE, FLORIDA- A 13-year-old boy who lost his sister to gun violence had a special day suiting up with the Miami-Dade firefighters for training.

According to the news, ever since the incident, the boy wanted to be a firefighter and his dream was fulfilled on Tuesday.

The boy, Sherrod Scott said, “I like to help people because you have to put yourself in a position like, what if that was you?”

Miami Children’s initiative together with the Miami-Dade Fire rescue created the opportunity for Scott to gear up and train.

The Miami Children’s initiative organization said, “It is through moments like this that we are trying to make sure that they understand that their dreams are attainable. I am so happy to see the light in his eye even as he’s wearing his sister’s t-shirt.”

6 years old Chassidy Saunders lost her life two months ago due to gunfire during a children’s party in Miami.

As for Scott, with a smile, he said that he had fun training but the suit was heavy.