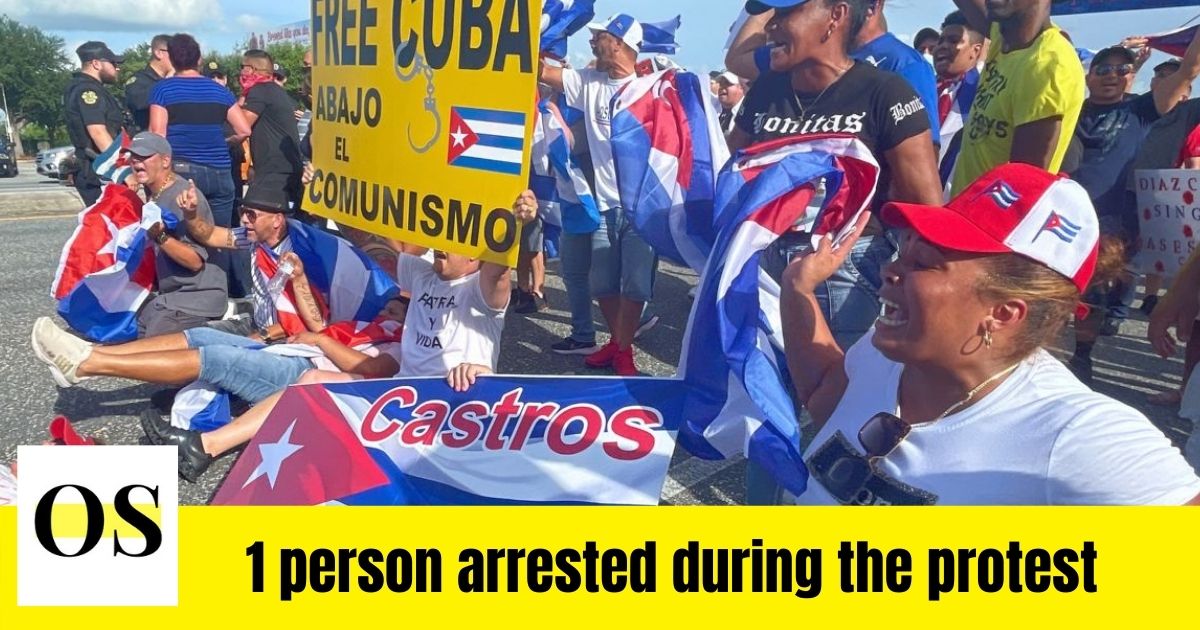 Outside Sedano’s on South Semoran Boulevard and Curry Ford Road, protestors carried signs and flags in the middle of the street.

After decades of imprisonment by a communist regime, Cubans are struggling for freedom and demanding their God-given rights.

On Tuesday, hundreds of protestors stopped a key thoroughfare in Orlando to show their solidarity for the Cuban people.

A mob of 500 people gathered outside Sedano’s Supermarket, spilling over into Semoran Boulevard.

Sara Cave stated, “This is history right there, what you’re seeing right here is history.”

Officers from the Orlando Police Department went in after an hour of protesting, making instructions in English and Spanish urging people to clear the road.

One person was arrested after refusing to leave the road, according to police. Unlawful assembly is the charge leveled against this individual.

Later, Police Chief Orlando Rolon was seen in the crowd conversing with protestors.

“The Florida Highway Patrol supports peaceful protests; however, when protestors block limited-access roadways, they are not only breaching the law, but also endangering the general public. Col. Gene Spaulding added, “Please be courteous of our community.”

Protesters in Orlando are demanding that the US send troops to Cuba immediately.

“All we want now is for the military to intervene in Cuba; they are killing women, children, and everyone,” one protestor remarked.