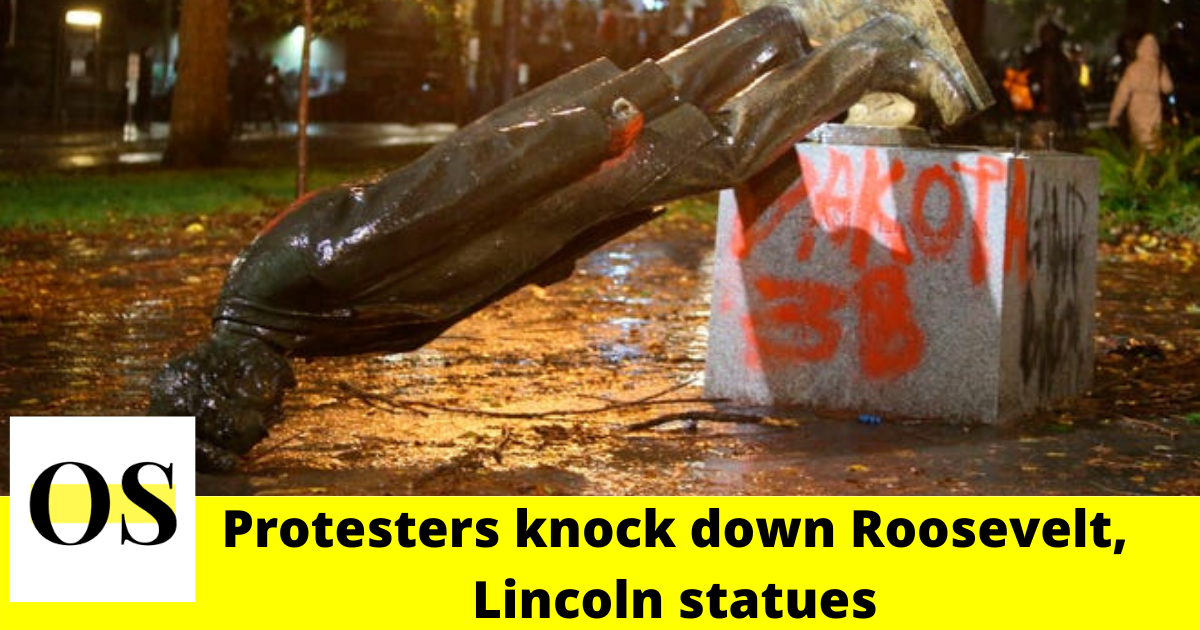 A group of around 200 people gathered in Portland’s South Park Blocks just before 9 p.m. Sunday and used ropes and a blowtorch to dislodge and topple a statue of President Theodore Roosevelt.

Some minutes after taking down the Roosevelt statue, a group of people toppled a statue of President Abraham Lincoln and spray painted. Protesters spray-painted “Dakota 38” on the base of Lincoln’s statue, referencing the 38 Dakota men Lincoln approved to have hanged after the men were involved in a violent conflict with white settlers in Minnesota.

According to the reports, Portland police declared the gathering a riot and began to disperse protesters around  9:40 p.m. Police said anyone involved in “criminal behavior, including vandalism” was subject to arrest. It’s unclear if any arrests were made.