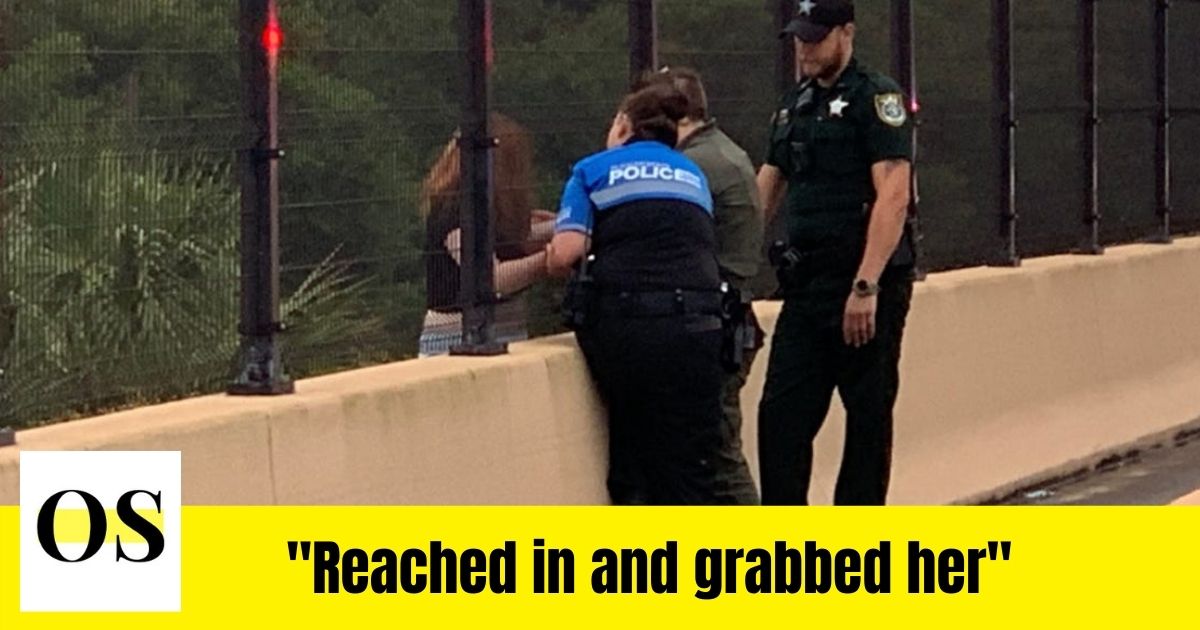 FLAGLER COUNTY, Fla. — An all-female negotiation team was among the heroes who helped save a suicidal kid who was about to leap from a highway overpass in Flagler County on Sunday.

The girl disliked men, according to the detectives.

As a result, numerous female colleagues in the department took over.

Deputy Laura Jenkins said, “I attempted to talk to her about everything other than what was going on.”

Rainey and Jenkins were part of a team that helped a teen in distress.

According to the family, the 17-year-old, who had previously been Baker-Acted, fled home threatening self-harm. She was discovered on the wrong side of the chain-link fence at Palm Coast Parkway over I-95 by first responders.

Jenkins stated, “She did let go many times.”

It wasn’t easy, but Deputy Jenkins was able to place the frightened girl in handcuffs.

Meanwhile, Deputy Rainey dashed down to the now-closed freeway and climbed aboard a fire engine that had been lifted for the rescue.

Deputy Rainey spoke with the teen about her 7-month-old nephew, soothing and calming her before reaching in and grabbing her.

“It was a little scary,” Rainey admitted, “but I guess I was just more concentrated on getting her down.”

“Once we got her down to the ground, we just kind of piled on top of each other and hugged for a long time,” Jenkins explained.

The adolescent was rushed to the hospital for treatment. The deputies are happy to have been a part of the life-saving operation.

“It felt great to be able to stop someone who was so set on doing it,” Rainey remarked.

Flagler County has just learned that its top legislative funding demand, a quarter-million dollars for mental health services, has made it through the state budget process.

In response to the event, Flagler County Sheriff Rick Staly focused on his deputies rather than himself. He claims that their training was evident throughout the struggle and that persons in mental health crises require extra attention.

You can call the National Suicide Prevention Lifeline at 1-800-273-8255 if you or someone you know is in a crisis.