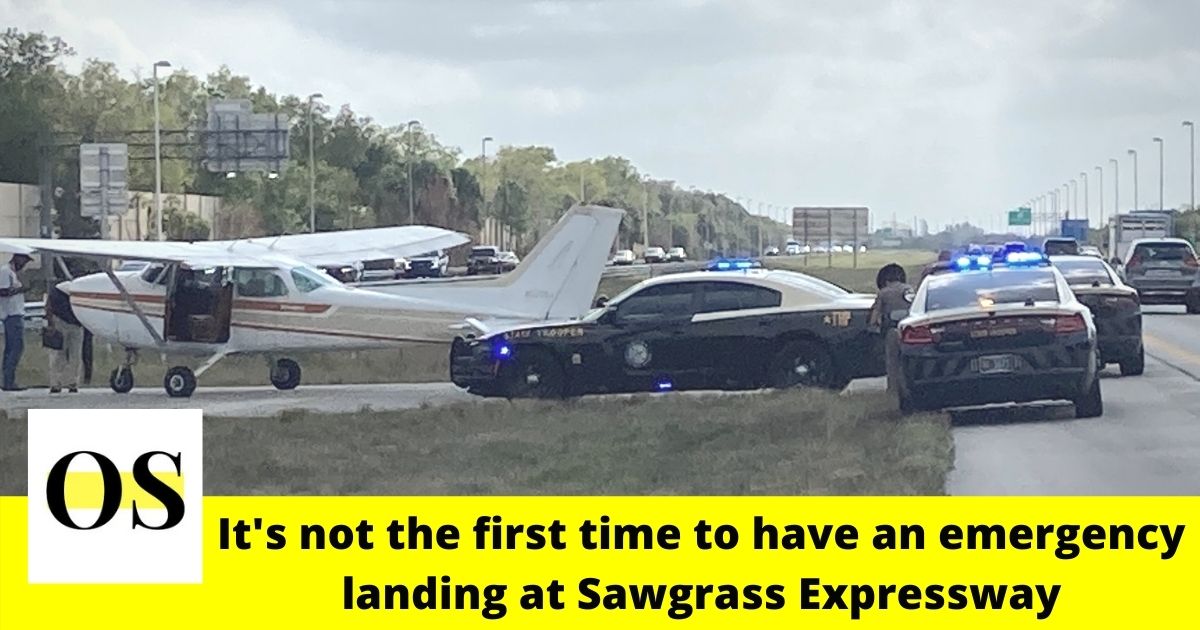 CORAL SPRINGS, FLORIDA- According to the FAA, a single-engine Cessna 172 was landed on the Sawgrass Expressway in Coral Springs. The emergency landing occurred around 11.40 a.m. Saturday.

With the occurrence of the incident just near the West Sample road exit, the officials of the Highway Patrol took steps to close down the southbound lanes temporarily until the plane was moved away to the pavement on the grassy median.

According to the website of FlyDreams, their services extend from air services to Pilot and Charter flight training.

While FAA officials said the agency was investigating the emergency landing and added that it wasn’t the first time that the Sawgrass Expressway doubled as a runaway.

On Aug. 7, a Piper PA28-140 Cherokee touched down the highway close to the University drive exit about 10.30 p.m. leaving the only one aboard, the pilot uninjured.