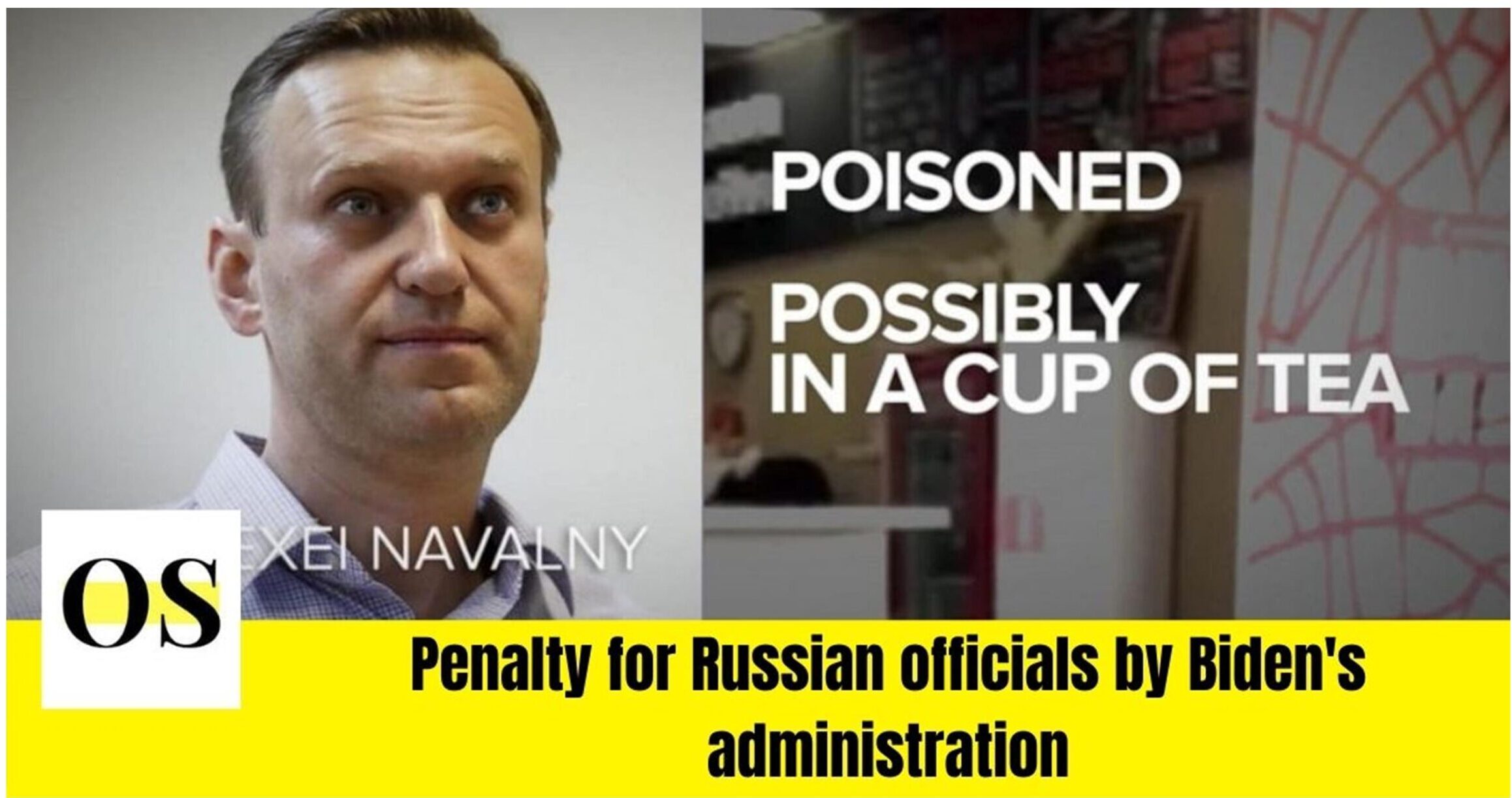 Penalty on seven Russian officials in response to the poisoning and imprisonment of opposition leader Alexey Navalny. This was among the series of actions President Joe Biden’s administration announced on Tuesday. This is the first significant move played forward by President joe Biden after he took over the White House. Senior administration officials are stressed that the action was being taken in coordination with allies like the European Union, which also unveiled sanctions on Tuesday.

According to one senior administration official, the August 2020 poisoning of Navalny is an attempted assassination.

Another official gave out that the intelligence community had evaluated with high confidence that Russia’s security service, the FSB, had poisoned the opposition leader with the nerve agent Novichok. In mid-January, Navalny was detained upon his return to Russia after five-month in Germany where he received treatment for the poisoning.

Moreover, senior administration officials made clear in the call with reporters that their approach to Russia would be a break from that of former President Donald Trump, who was criticized for being too soft on Moscow and Russian President Vladimir Putin.

One of the officials said: “The tone and substance of our conversations with Russia and our conversations about Russia will be very different from what you saw in the previous administration”. That senior administration official said that the United States is neither seeking to “reset” and nor soar its relationship with Russia. He also revealed President Joe Biden’s administration is looking forward to having a “predictable and stable” relationship with the Russians.

Looking beyond Navalny’s poisoning, President Joe Biden is engaged with a wide review of Russia’s misdeed ranging from the massive SolarWinds breach to the alleged bounties on the United State soldiers in Afghanistan to meddling in America’s elections.

On Tuesday, Secretary of State Tony Blinken said in an interview with former Secretary Hillary Clinton that “We are looking at all of this, and I can tell you with some confidence that we will take the appropriate actions as we see fit to make very clear that this kind of conduct is unacceptable for us, and we’ll do it with our allies and partners,”.
The officials on the call also repeatedly emphasized that their Navalny response was coordinated with allies — a detail that they said represented another change from the often unilateral actions taken by the Trump administration.
On Tuesday, the European Union exploited sanctions on four Russian nationals connected to Navalny’s poisoning.