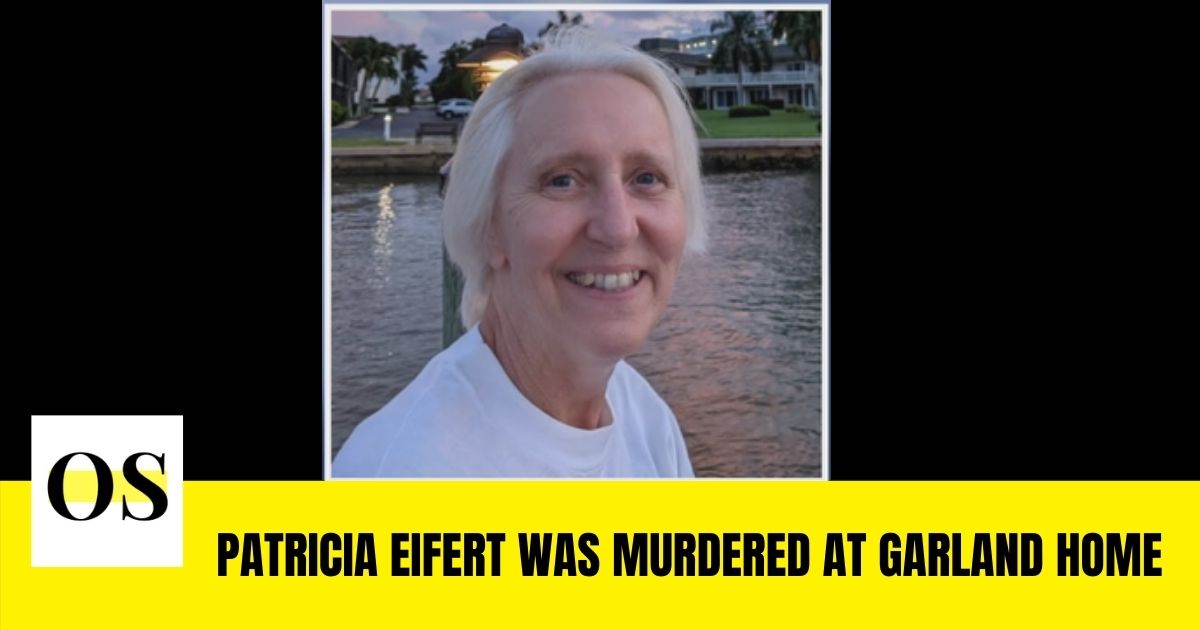 Garland, Texas – Police have identified two men who shot and killed a 60-year-old woman at a Garland home Tuesday night.

Patricia Eifert was shot and killed around 7 p.m. at a home on Northwest Highway and La Prada Drive.

Late Tuesday night, Garland police recognized the two suspects as 20-year-old Kvaughandre Presley of Dallas and Gabriela Liliana Torres, 21, of Garland. Both of them are wanted for murder.

CCTV video of a neighbor shows a black 4-door car swerving down the road before a man and woman exit.

A female driver and a male passenger got out and entered the garage. Moments later, the pair were seen running back to the black car with items in their hands.

The woman also grabbed more things from Patricia Eifert’s car in the driveway before taking off.

Police also say the same car was involved in a hit-and-run a few minutes later and less than a mile later, where the man pointed a gun at someone.

“The victim did come out to see the damage, and the male suspect did produce a handgun and points it at the victim,” declared Garland PD Officer Felicia Jones.

Officials say that Eifert was helping her child to enter the house alone.

Annie Bryant and her husband were ready to start their new lives in their new home in Garland. She said that her mother had just put in her two weeks to retire, and she only wanted to see her daughter settle down in her new home.

Instead, all the new plans were wiped out by a senseless act.

“My mom was fixing a cabinet for me and the new place, and some guys got in and they shot and killed her and that was it, she left,” Bryant said.

Bryant feels empty sitting inside his now-vacant former home in Dallas. Her mother and best friend were found murdered inside the house Garland recently bought.

“She was so proud and so excited that I bought my first house. She just wanted to fix it how I wanted it,” Bryant said.

Bryant and her husband are in the midst of moving on, a big step that the couple should celebrate. She said her mother took a break from work on Tuesday evening and wanted to visit the new home across the Briar Way.

Bryant said her husband saw her mother die from a bullet inside.

“If you’re going to steal, just steal, but shoot and kill someone. It’s just absurd,” he said.

“It was just a random act,” Jones said.

The Garland police don’t believe the killers and the victims knew each other. It is still not clear whether they were stalking out of the house or in the area before the murder.

There was a string of violent incidents that Bryant says is still not real, remembering her mother as a selfless, caring woman always ready to help.

The two men the police are looking for are still absconding and the police believe they are armed.

The family said they didn’t even have time to see what was missing. They know a saw is gone, so they believe it was all on the tools inside.

Anyone with surveillance or information is asked to call the Garland Police.