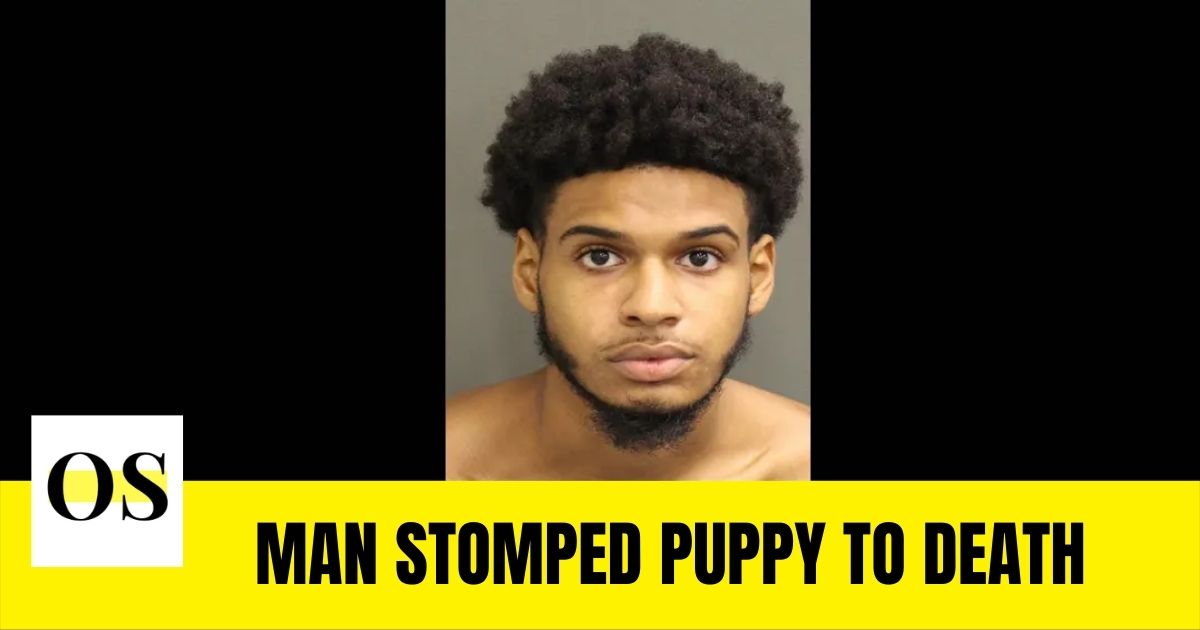 Orlando, Fl. – Police said an Orlando man was arrested as he was accused of stomping puppy to death.

Juan Felix, 22, was arrested. He has been charged with cruelty to animals, a third-degree felony.

“They found 3-month-old Husky dead inside a crate,” police said.

Police say Orange County Animal Services received an anonymous tip from someone on August 5 that led to a man in Crowntree Lake Apartments pulling a small black-and-white dog by a leash and stomping on the animal, according to an arrest affidavit.

When OCAS went to Felix’s apartment, he told an officer that no one had beaten the puppy named Blaze and that he ended up walking the dog, which was acting normally. The affidavit said that the officer found Husky dead inside a crate covered with a black blanket.

The officer also noticed an adult husky in the apartment who showed no signs of distress.

According to the report, during a necropsy at OCAS, X-rays showed that the puppy had a hip fracture.

Investigators found video captured by a nearby apartment’s Ring camera that showed Felix walking up a stairway in the apartment complex with an adult Husky and pulling Blaze by the leash. The affidavit states that when Felix got up the stairs, he pulled Blaze’s leash so hard that the puppy slid on his side across the concrete and could not move.

The video shows Felix repeatedly kicking a screaming puppy into the door of an apartment. When Blaze didn’t wake up, Felix began “repeatedly stomp forcefully” on the puppy as it cried out, according to the affidavit.

“[Felix] intentionally stomped and kicked his puppy, which resulted in excessive infliction of unnecessary pain or suffering to the puppy and resulted in the death of the puppy,” an officer wrote in the affidavit.

According to the report, Felix’s adult husky was impounded for his well-being.

Reached by phone, a man who identified himself as Felix declined to comment.