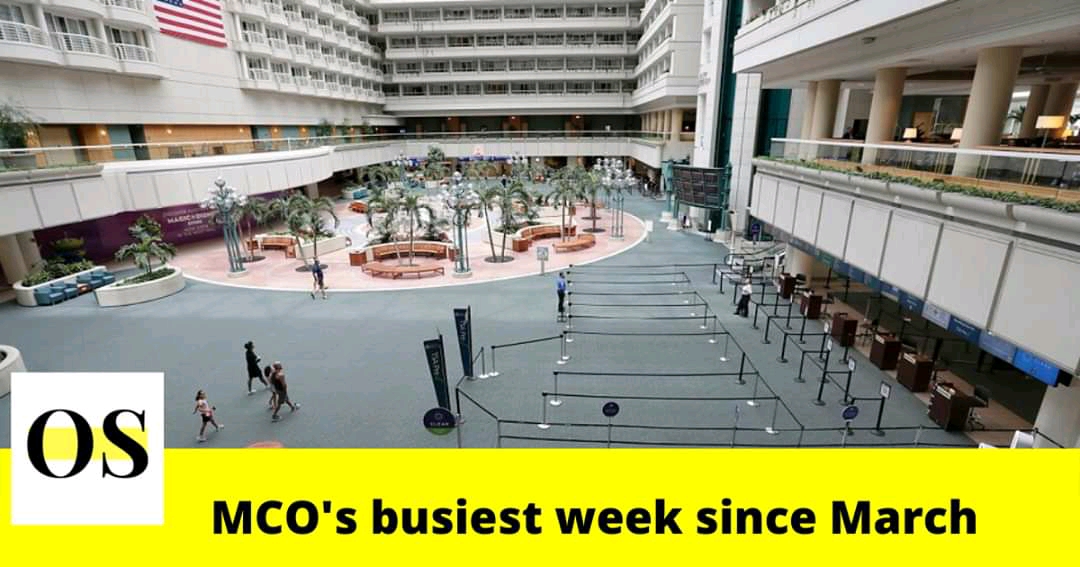 As per the recently released reports on Sunday, Transportation Security Administration (TSA) agents screened 36,292 making it the busiest day since March 17.

According to Orlando International Airport, between October 10 and October 17, approximately 229,892 people were screened at security checkpoints. MCO was the fifth busiest airport in the country for departing passengers.

“As we begin to see traffic recover at Orlando International Airport, we remain committed to the health and safety of the traveling public,” said Phil Brown, Chief Executive Officer of the Greater Orlando Aviation Authority. “Seeing our airport busy with increasing traffic we believe reflects a pent-up demand for travel across the country that we hope will continue through the upcoming holiday travel season.”

Records say the TSA screened 6.1 million passengers nationwide during the week of Oct. 12 through Oct. 18.