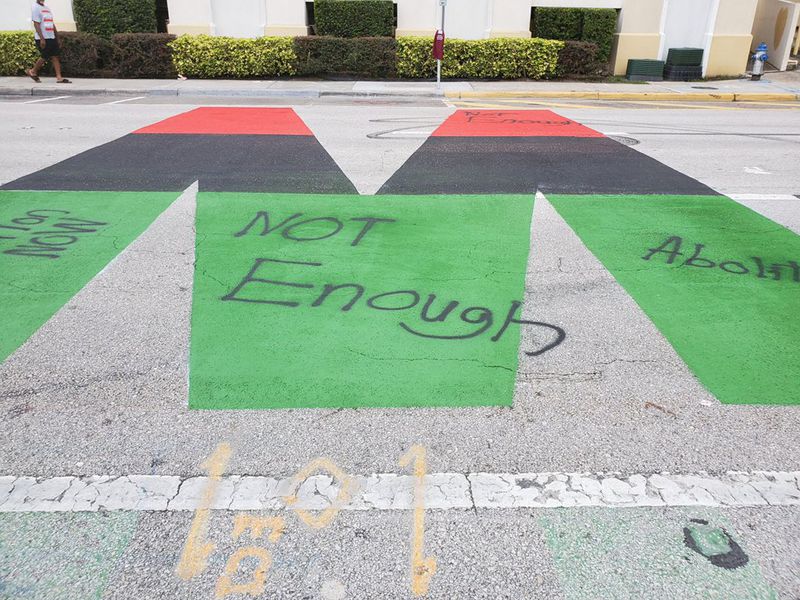 Orlando Police is actively investigating an incident where one or multiple suspect trashed the 400-foot mural “Black lives matter” that was created on the Rosalive Avenue, Downtown, Orlando.

Video from WOLF FOX 35 shows that “More than that” , “abolish police” and many other lure writing has been sprayed on the Drawing.

The Orlando city police department and Orlando city commissioner office has condemned the act is now being investigated. The suspected will be charged for vandalizing the city property. On Saturday morning, the city workers are cleaning and repainting the mural.