A pregnant Orange County woman made her husband stop by the Supervisor of Elections Office to cast vote while going into labor. She refused to go to the hospital until she cast her ballot. 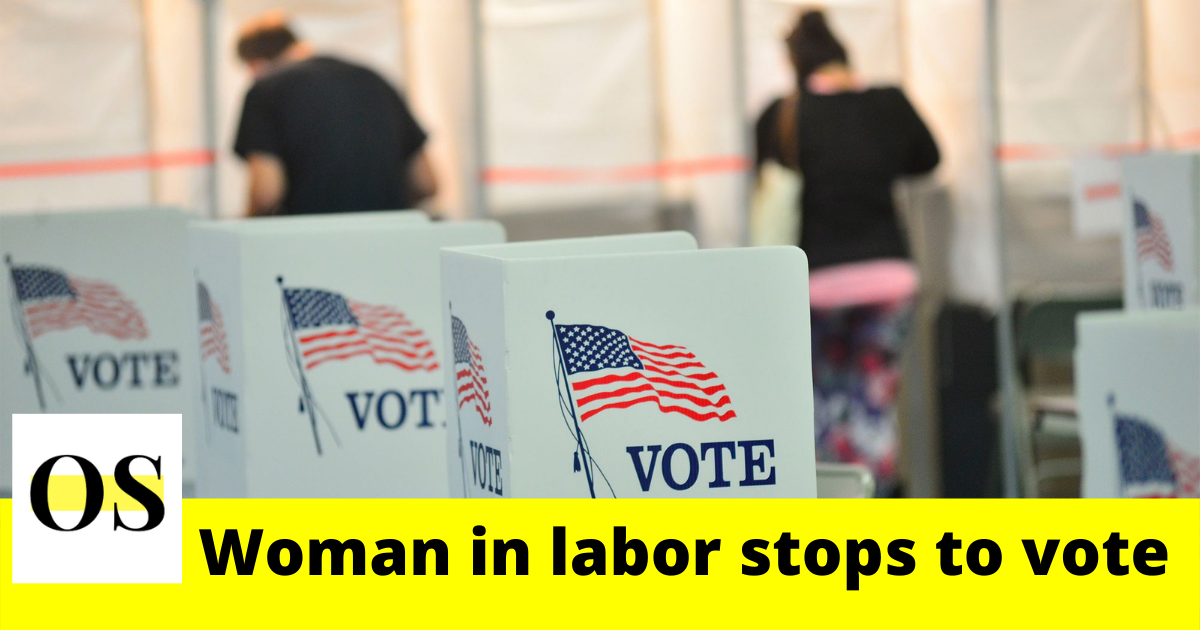 The woman felt extremely happy to cast the vote. Karen Briceno Gonzalez, a worker at the Supervisor of Elections Office said “She was calm. The husband was a little more nervous”.

Gonzalez said the woman’s husband showed up in line and asked for a ballot for his wife. “All of a sudden I get a voter in front of me and he hands me two driver’s licenses. He had been waiting in line and I came and I told him, I need your driver’s license for you to vote.” said González. The man explained his pregnant wife was waiting in the car outside the polling location in labor.

“Made sure she had all her ID by everything, gave her a vote by mail, and informed her it needed to be in by November 3rd by 7 p.m.,” Gonzalez said. “She said, ‘No! No! No! I need to fill it out right now.’ So she filled it out. I gave her her ‘I VOTED’ sticker and she was off to the hospital.”

“So the woman in labor filled out her ballot while doing a little controlled breathing,” Gonzalez said.

Gonzalez said she will never forget as the woman made her husband stop so she could vote before delivering her baby. Briceño and other staff members said they would like to reunite with the happy mother.