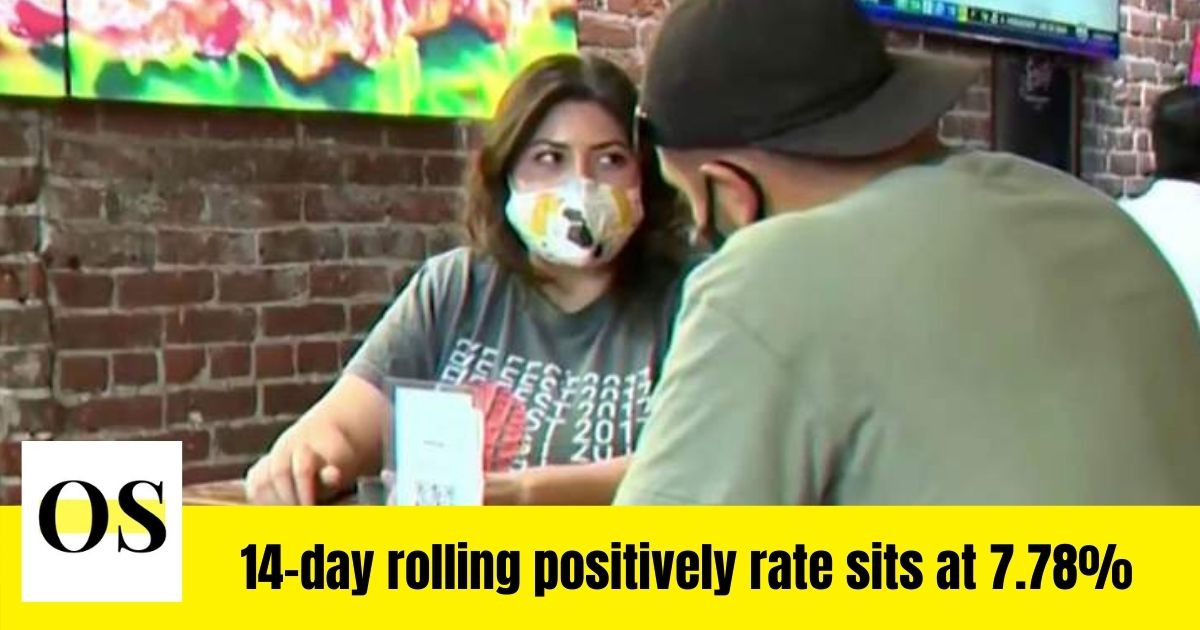 ORANGE COUNTY, Fla. – Regardless of whether or not they have been vaccinated, Orange County officials are advising everyone to wear a mask when in busy, indoor places. This advice comes as the positivity rate in Orange County has risen in the last two weeks.

According to Mayor Jerry Demings of Orange County, the county’s 14-day rolling positive rate is now at 7.78 percent.

“It was 4.28 percent two weeks ago, on June 28. The CDC has placed us in the high-risk category for community transmission, which is “not good news for our county,” according to Demings.

COVID-19 cases are also on the rise in Orange County, according to Dr. Raul Pino of the Florida Department of Health, and the trend is expected to continue.

The Florida Department of Health received 406 new infection reports yesterday, and we’ve remained above 400 (per day) since Thursday. We had been averaging 200 per day the week before. So it’s doubled, and it’ll double again next week if we don’t do what we need to do,” Pino explained.

The vaccination, according to the expert, is critical in preventing the latest wave of diseases.

Pino stated that “100% of the illnesses recorded yesterday were among unvaccinated individuals.” “More importantly, all of the deaths that we are announcing to you today were caused by people who had not been vaccinated. So we can put on a brave face, keep our distance, and try not to talk about it, but the reality is that this is a pandemic of unvaccinated people.”

According to the doctor, 59.69 percent of eligible Orange County individuals have received at least one dose of the COVID-19 vaccination, with 52 percent having completed the series.

Pino also urged parents to get all of their children immunized before they returned to school. Only the Pfizer vaccine is approved for use in children aged 12 and up as of this writing. This comes as the Orange County Board of Education prepares to decide on whether or not to make masks optional for the coming school year.

While Demings strongly advised everyone to wear masks indoors when social separation was impossible, he said he was still hesitant to issue a new mask order.

“I’m not at the position where I want to reintroduce a mandate at this time. “At this moment, this is a strong recommendation,” Demings said.

Gov. Ron DeSantis signed a bill earlier this year that alters local governments’ emergency authorities. He claimed at the time that the new law provides safeguards against government overreach in the event of an emergency.

Despite the revisions in the rules, Demings suggested he may still impose a mask mandate.

“It’s possible, and the Governor’s Executive Order precludes fines or anything like that,” he stated.

The governor’s office was contacted by News 6 for comment on Demings’ mask recommendation.

In a statement, Christina Pushaw, the governor’s press secretary, stated, “Mayor Demings is entitled to make any recommendation he likes, but counties cannot impose civil or criminal fines on residents who choose not to wear masks.” “I am hoping that a journalist will question the Mayor on the empirical scientific basis that supports his mask recommendations.”