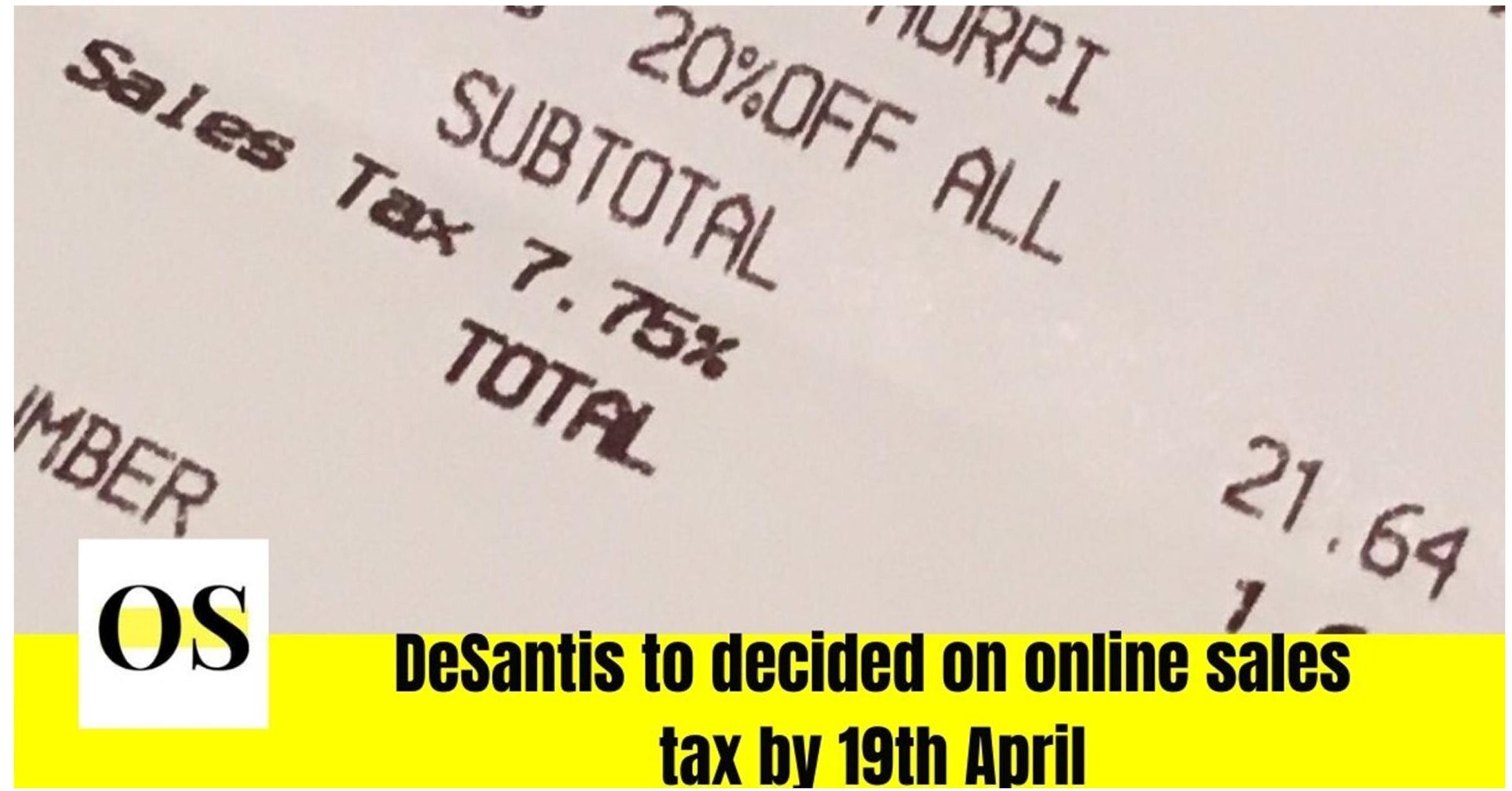 Online tax bill issue now at the Governor’s desk to decided whether all online shoppers in Florida will have to pay their sales tax.

On Monday, the Florida Legislature sent the governor’s office. If Desantis signs it, the measure will require sales tax is collected on all in-person and online sales. Currently, the law online requires sales tax collection from businesses with a physical presence in Florida.

An example of the impact includes to Amazon. Over the years, Amazon did not collected online sales tax, but when they opened their first distribution center in Florida, they then had a physical presence and were required to collect sales tax.

There are varied arguments to the impact of the bill if signed.

Florida Democrats argue it will level the playing field, where out-of-state online retailers will ultimately have the same price as brick and mortar and Florida-based online shops. Democrats in the past wanted to use the nearly $1 billion in annual revenue it’s estimated to generate to fund specific programs and efforts.

Florida Republicans argued in the past it was essentially a tax increase. Then during this session, the Republican-controlled Legislature opted to push ahead with the idea, using the revenue to replenish the state’s depleting unemployment trust fund.

The argument Republicans make is that it would save businesses who pay taxes to fund the state’s unemployment trust fund.

DeSantis has until April 19 to sign or veto the bill.