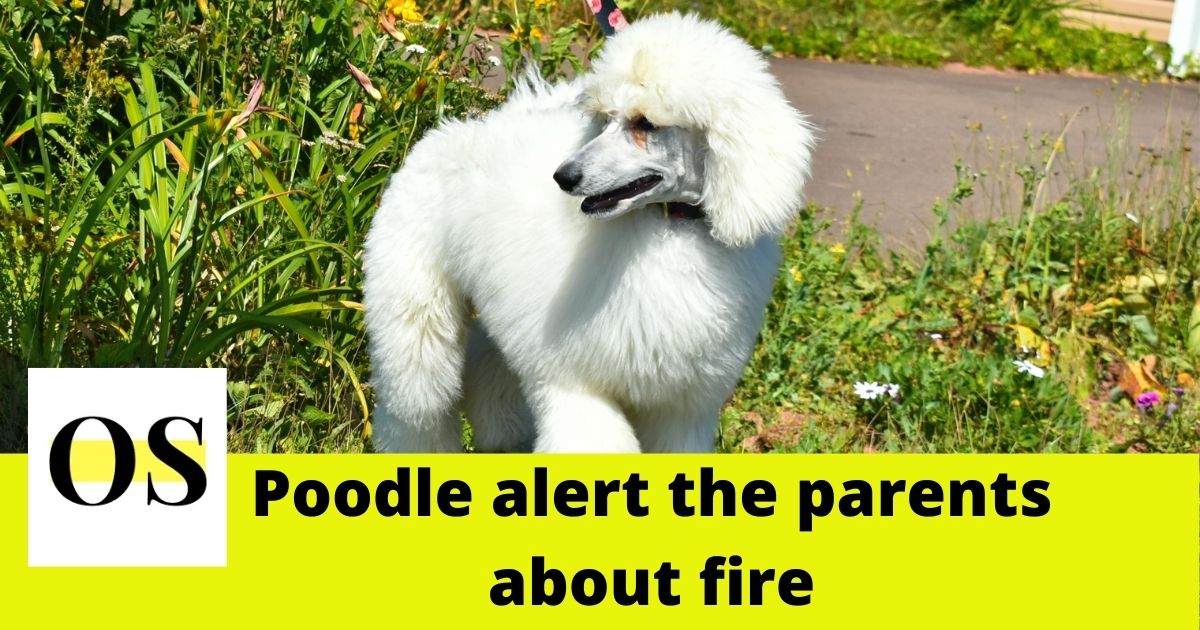 ORANGE COUNTY, FLORIDA- On Thursday near Lake Nona, the home was completely destroyed after the fire broke out in the kitchen.

The result of fire could be more dangerous if their one-year-old pet did not alert them, According to Orange County’s Fire Rescue, the only one-year-old Poodle called her parents while they were at work and alert them when he saw them from the security camera.

Gonzalez was informed to have rechecked the footage when the motion detector went off again 30 minutes later.

Americo Ledezma stated, ‘’the footage was totally unclear as there was all smoke inside due to fire, and they could not see anything.’’

After watching the footage, Gonzalez and Ledezma quickly moved towards the house.

‘’All we were worried about was Prada’s life, material things could always be replaced, but someone’s life couldn’t,’’ they said during the statement.

‘’She was white and hairy and was covered with fire dust when she was taken out of a burning building’’, according to the fire-fighters statement.

No casualties were reported, but the house was completely destroyed by fire. Repairing the home to its original state may take a while.

The family is living with their neighbours.

The couple stated that “it’s so frustrating to see everything destroyed, we have to start all over again. But the good thing is that all it was just a material that could be replaced, we are happy for Prada that she is fine.’’

The reason behind the fire is still under investigation, but investigators believed that the fire might have started from the kitchen.