According to the Starke Police Department, the death of a 3-year-old girl at a Bradford County apartment in August was caused by an overdose of fentanyl. 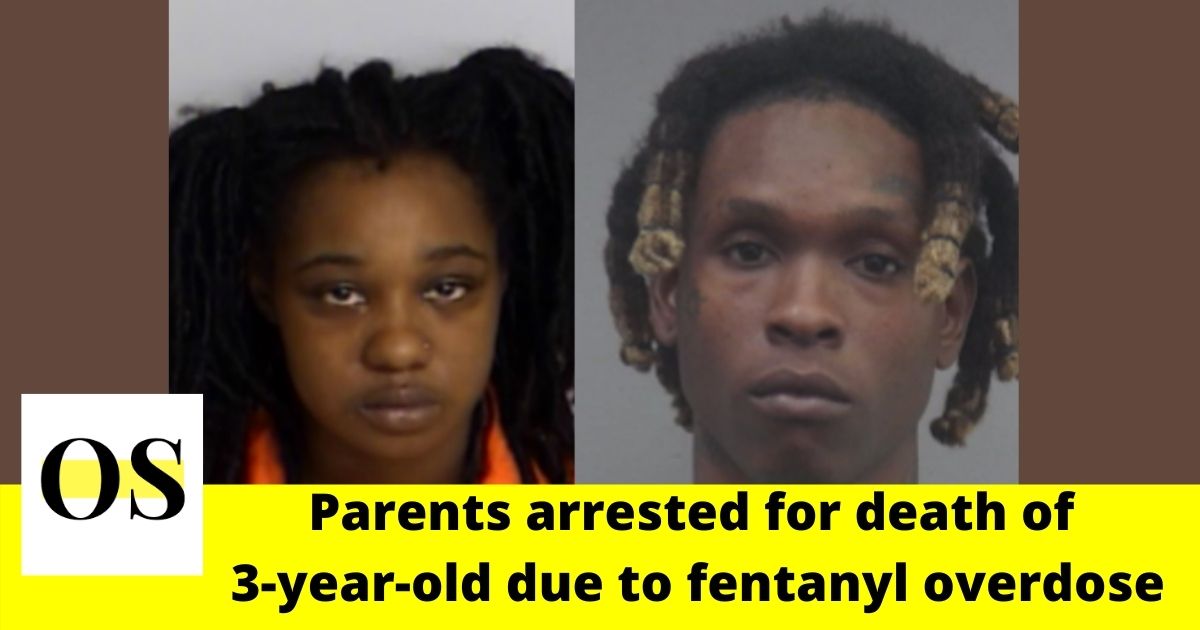 Police arrested the child’s mother and father and charged them with aggravated child neglect.

Records show the little girl was found unresponsive on Aug. 26 at an apartment on South Water Street. The results of the autopsy completed Thursday found the child died from an overdose of fentanyl.

“When we went back and determined who was present in that timeframe when that was possible, it was only the mother and the father,” Lieutenant Michael Rooney said. “One of the things you have to have to prove something more sinister like a homicide is intent and right now, we just have not come to that. However, the investigation is still ongoing.”

“The problem with fentanyl is because it’s so potent, a tiny little bit is enough,” said Dr. Jonathan Kantor. “You know, obviously, every parent’s nightmare is for their kid to get anywhere near a medicine cabinet, or get anyone your medicines.”

“Anybody losing their life prematurely and unnecessarily is tragic,” Rooney said. “When you’re dealing with kids, it’s even harder. You know, I’m a parent, a lot of my coworkers are parents. That’s something that stays with law enforcement forever.” “It’s somber. It’s not a win for law enforcement because we put these people in jail because this 3-year-old is no longer with us,” Rooney said. “Even at the end of this, we pray for the family, we pray for that child, we pray for the extended family. No one’s winning in this.”