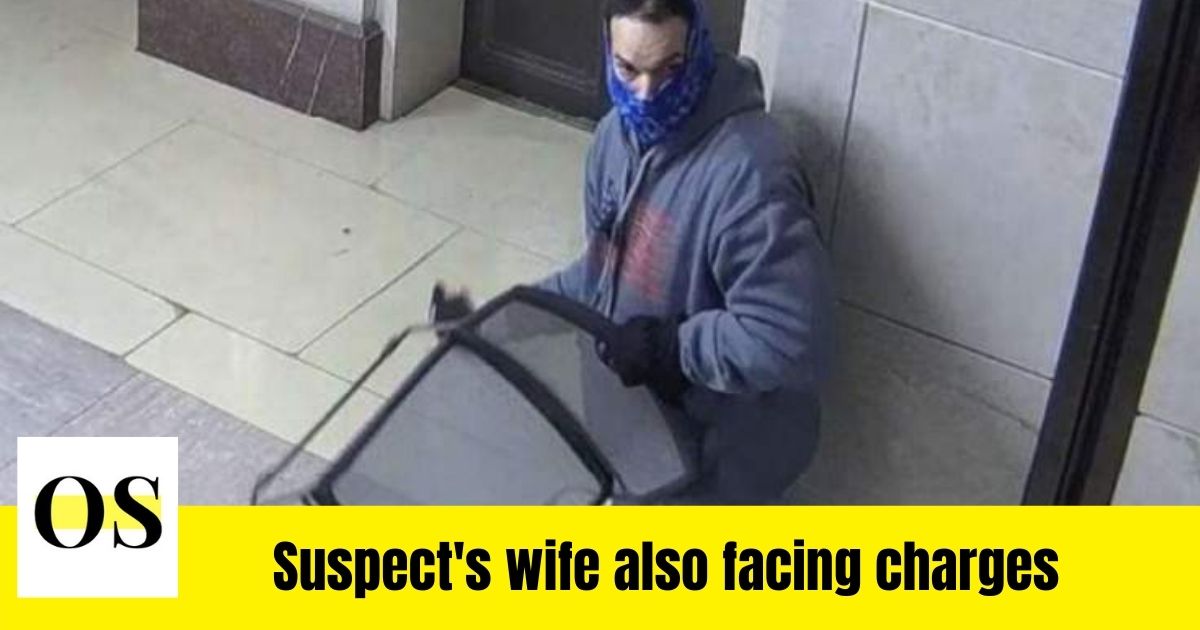 OCALA, Fla. – According to the FBI, an Ocala man and his wife were arrested when he threw a chair at officers during the Capitol incident earlier this year.

Jamie Buteau and Jennifer Buteau were arrested on federal charges on June 24 at their home in Ocala, according to court records.

Agents investigating the disturbance said they observed the Buteaus on security video and received many tips from members of the public who posted on social media that the pair was in Washington, D.C. on Jan. 6 and entered the Capitol building.

According to the affidavit, surveillance video shows Jamie and Jennifer Buteau entering the building at about 2:25 p.m. through a shattered door in the Senate wing, then Jamie Buteau holding a chair minutes later.

Two Capitol officers rushed to a door that was rolling down to keep rioters out, then the chair falling under the door as it closed, according to the affidavit.

The chair allegedly bounced off a door and struck one of the officers.

Jamie Buteau rejoined with his wife after hurling the chair, walked to a lobby, and grabbed another chair at 2:32 p.m., according to the report. According to records, the pair left the Capitol at 2:46 p.m.

A screenshot from Jennifer Buteau’s Facebook page is also included in the report, in which she admits to removing a live stream from the Capitol because she didn’t want to “entertain Antifa.”

As senators were about to recognize Joe Biden’s presidential victory on Jan. 6, a mob of former President Donald Trump supporters rushed past police and into the Capitol building. During the rioting, five people died: Capitol Police Officer Brian D. Sicknick and four protesters.

Hundreds of people have been arrested so far, including several Floridians.

A Sanford firefighter, a Proud Boys organizer, and a Marion County guy who was previously convicted of attempted murder are among the most prominent local suspects.

Connie and Kelly Meggs, as well as Kenneth Harrelson, are accused of plotting their acts as members of the Oath Keepers through phone calls and online communications prior to Jan. 6.

Anyone having knowledge about a riot participant can find instructions on how to report them here.