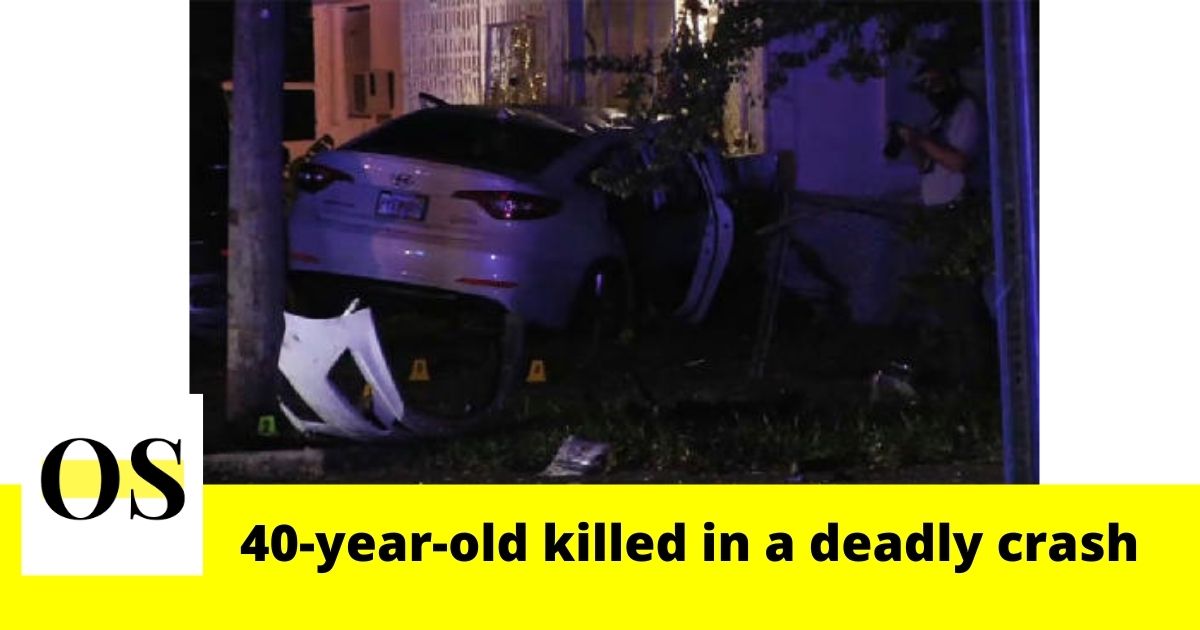 Investigators said the vehicles crush into the front steel fence of an elderly lady’s home.

Records show the incident happened in the Gladeview neighborhood at around 12:30 a.m. According to the reports, a metal gate that surrounded the front porch of the house on Northwest 14th Avenue and 77th Terrace was damaged by the vehicle.

The 40-year-old man later identified as Edward Durden was driving the white Hyundai sedan. Durden suffered heavy injuries and was later pronounced dead. Durden’s uncle, Anthony Durden said Durden had married a month ago. It is heartbreaking. Durden was humble and well mannered, said his uncle.

“I’m laying down and I heard, ‘BAM!’ and my daughter said, ‘Mama, oh Lord, something happened,’” Alice Bedell said. As per the report police may have been pursuing a black SUV that slammed into the Hyundai.

Officials are doing the investigation.