Police found a naked man dead with a gunshot wound inside a plastic container dumped in a retention pond. The victim inside was estimated to be between 30-40 years old. 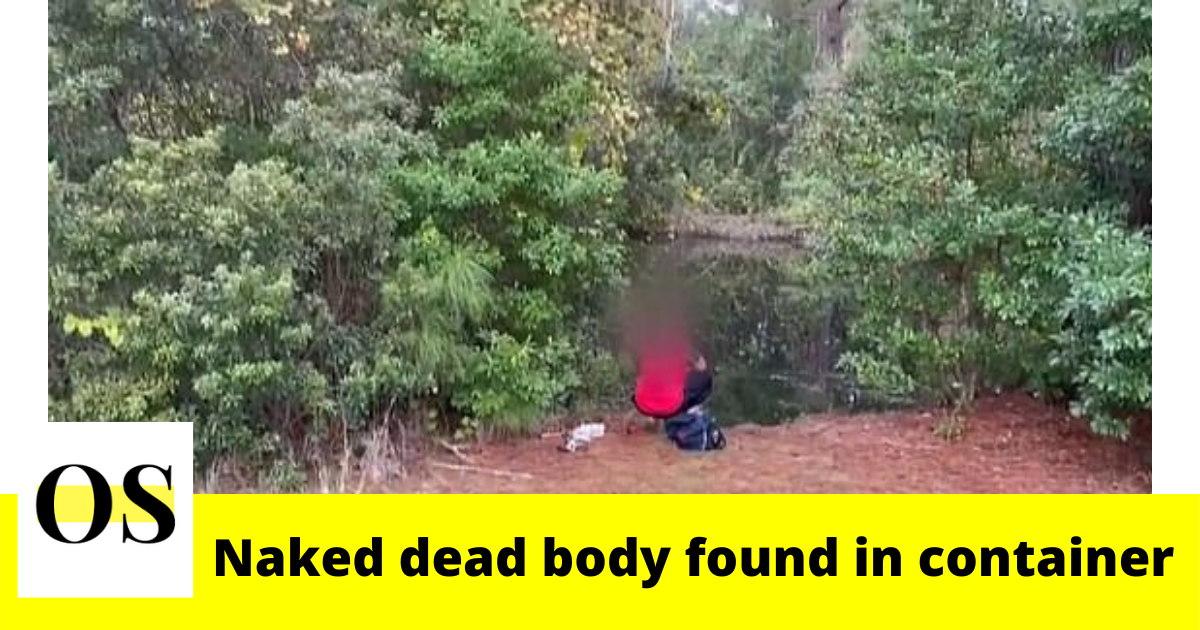 Deputies found the container from the pond on Dalry Drive, east of Southside Boulevard, and only a block from Windy Hill Elementary School. Sgt. Steve Rudlaff said it appeared the man was shot elsewhere and the container dumped at this site within the last 24-36 hours.

Investigators are asking questions to the nearby people. “This morning I come out here and I saw bin floating out there by the water and I said,’ What is that? Let me just go take a look and see,’” Tim Anderson.

“I was kind of hoping it wasn’t what I thought it was and it turned out to be. I thought it might’ve been a dummy or something stuck in there because of some kids just playing around or something, but I got up closer and I said, ‘Oh, that looks pretty real to me.’” “It’s a rough world we live in right now. A lot of killing, a lot of violence this time of year, and it’s sad to know that it happened and that somebody would actually bring somebody and dump them like that. It’s kind of depressing,” said Anderson.

Crime and Safety Expert Ken Jefferson said, “If they come up negative with that then they just start from square one in that particular area where the body is found to go back to where the person resides, and try and find friends family, neighbors, anyone that they can to interview and talk to to see if they have any known enemies or if they know anything that might be related to this particular incident”.

Anyone who saw anything suspicious in the area is asked to call Crime Stoppers at 866-845-TIPS.