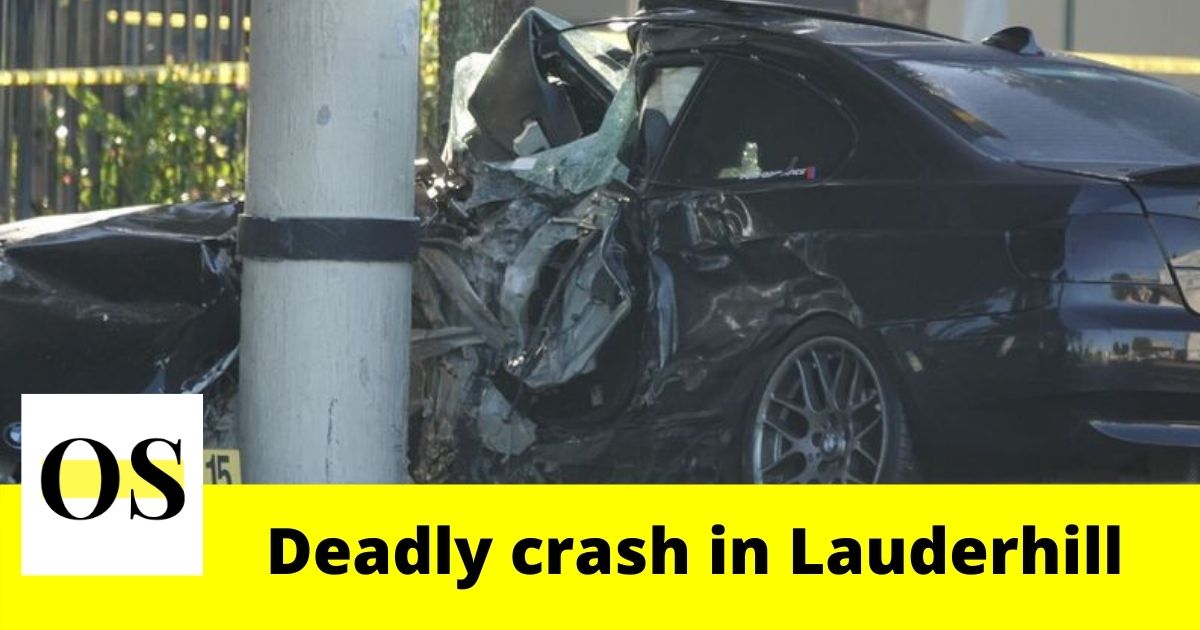 LAUDERHILL, FLORIDA A deadly crash happened in Lauderhill on early Monday. The reports say at least one was killed in the crash.

Records show the incident happened near the intersection of NW 16th Street and State Road 7 before 8 a.m.

An investigation was going at the scene so northbound lanes of State Road 7 were shut down. Officials asked people to use NW 31st Avenue as an alternate route since the road starting at NW 12th Street was closed.

The reports say two cars were involved in the collision, both cars were dark-colored. One of the cars has apparent front-end damage and the other’s driver’s side was damaged. One of them collided with a concrete pole.

The identity of the victims has not released. The crash is under investigation. Anyone who has information about the crash can contact the authorities.